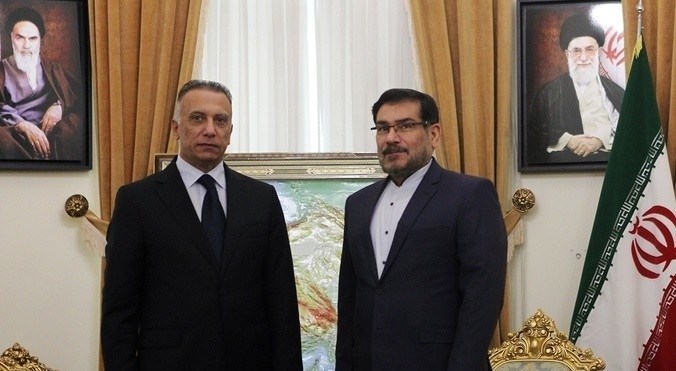 Secretary of Iran’s Supreme National Security Council (SNSC), Ali Shamkhani, said on Sunday, during his meeting with Iraqi PM Mustafa al-Kadhimi, that “terrorist activity in Kurdistan is worrisome,” adding that such activity targets both countries’ border security and that terrorists “must be expelled from northern Iraq.”

Shamkhani also highlighted the normalization of ties with the Israeli occupation by some regional countries, saying that it serves US interests and “destabilizes regional security.” He also said that the strengthening of relations on all levels with neighboring countries is a long-standing policy of Iran and one of its most important priorities.

“20 years of American occupation in Afghanistan have proven that US presence bore nothing but the destabilization of the country’s security and stability,” he added.

It is worth noting that Iran’s President, Ebrahim Raisi, received the Iraqi PM on Sunday in Tehran’s Conference Palace to discuss several issues including strengthening their bilateral ties. They also agreed on lifting the visa restrictions between the two countries.