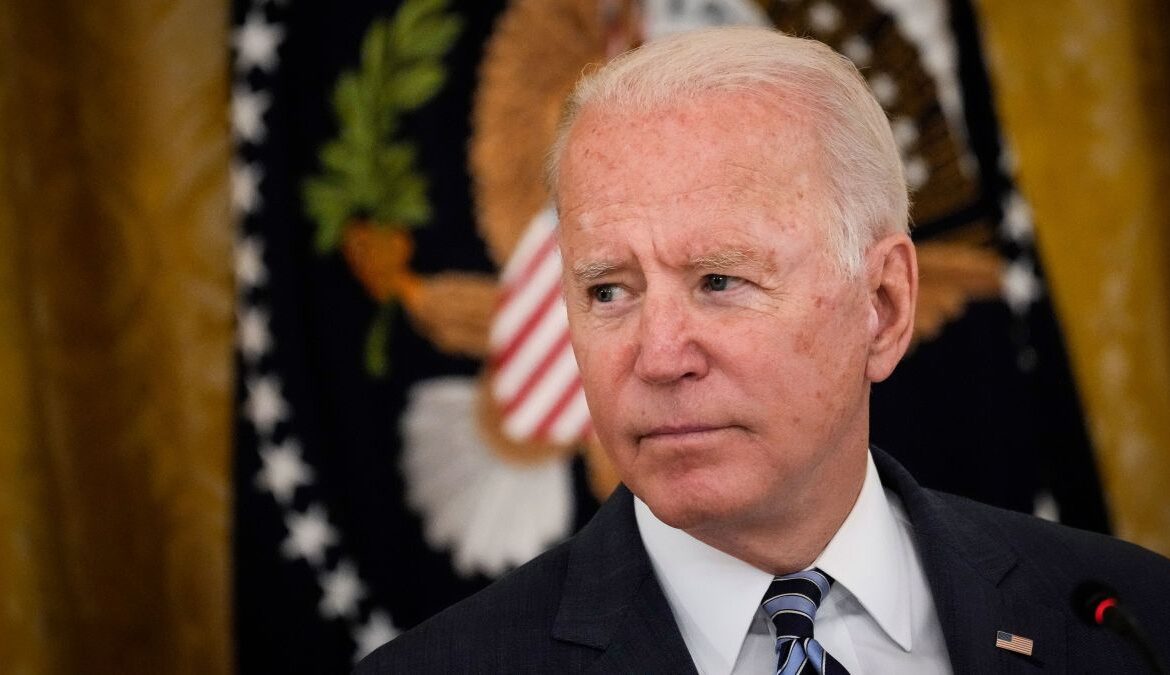 Biden Mocked as He Seemingly Shouts Out to Wrong Person, Acts Like ‘Robot’ During Town Hall Address

Ever since Joe Biden’s early months in the Oval Office he has been known to offer up increasingly cringe worthy add-libbing when he strayed off scripted remarks. As the US President boosts public appearances to promote his sweeping domestic agenda plans involving massive spending proposals, so come the slip-ups.Joe Biden appeared to have delivered a “shout out” to the wrong person on Thursday night as he confused a congressman with a mayor during a CNN Town Hall in Baltimore.After sticking to 90-minutes of scripted talking points on the country’s gas price, supply chain, and border crises, along with tensions with China over Taiwan, among other issues, Biden at one point exclaimed:
“By the way, there’s two famous guys in this audience here…[Senator] Ben Cardin and [Senator] Chris Van Hollen — and the Mayor!”
Biden was referring to the black man standing next to Van Hollen. However, social media users were quick to point out that the individual in question was black Congressman Kweisi Mfume.
Twitter users also commented on the fact that Biden’s appearance on Thursday was peppered with instances when he appeared to “power down” in mid-thought.