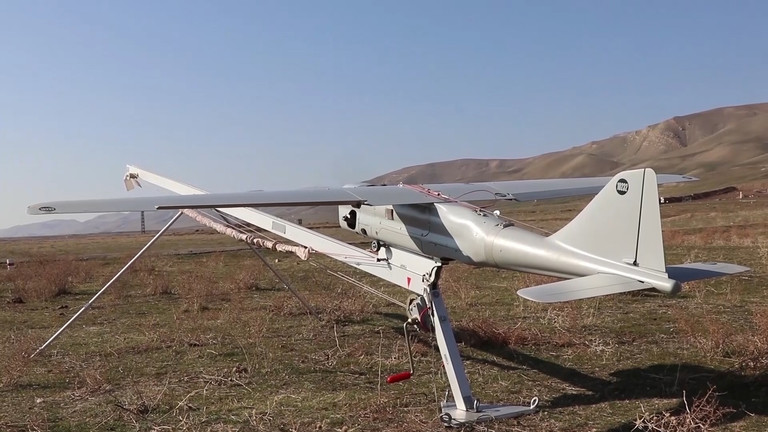 The aircraft that came from Ukraine was an unarmed “toy” that could only be used for reconnaissance, the defense minister said

Romania’s defense minister downplayed the incident in which a drone entered its airspace from Ukraine and landed in a rural area. In an interview on Monday evening, Vasile Dincu dismissed the aircraft as so small and unthreatening that he initially thought reports of its discovery were a prank.

The mystery drone was recovered by villagers in the Bistrita-Nasaud County in northern Romania on Monday from some bushes where it was stuck.

Speaking to Digi24 news, the minister said the drone was almost a “toy” with a wingspan of about one meter and that didn’t carry any explosives and posed no threat to Romanians.

“I am from Bistrita; the area where it fell is close to where I was born. At first I thought it was a prank by a modeling club,” he said. “A villager whom I know told me about what had happened, and only then I realized it wasn’t a joke.”

Purported images of the aircraft circulated by Romanian media show what appears to be a Russian-made Orlan-10 short-range reconnaissance aircraft. The minister suggested, however, that the aircraft was an old Soviet-made drone that “was taken out of use since 1989.”

The official may have confused the tiny plane with a large Soviet-designed Tu-141 Strizh, which flew through Romanian airspace last Thursday before going over Hungary and crashing in Zagreb, Croatia.

Dincu’s Croatian counterpart claimed last week that bomb fragments had been recovered at the crash site. The Romanian minister said the latest news he heard from Croatia was that the drone “did not intend to destroy anything.”

Dincu said technical analysis of the aircraft recovered near his place of birth was expected to be complete on Tuesday. He said the drone’s relatively low endurance led him to believe that it was likely launched from somewhere in the area of Ukraine’s Carpathian Mountains across Romania’s northern border.

He suggested Russia may somehow be responsible, with the presumed goal of “discouraging the countries around Ukraine” from offering Kiev military support.