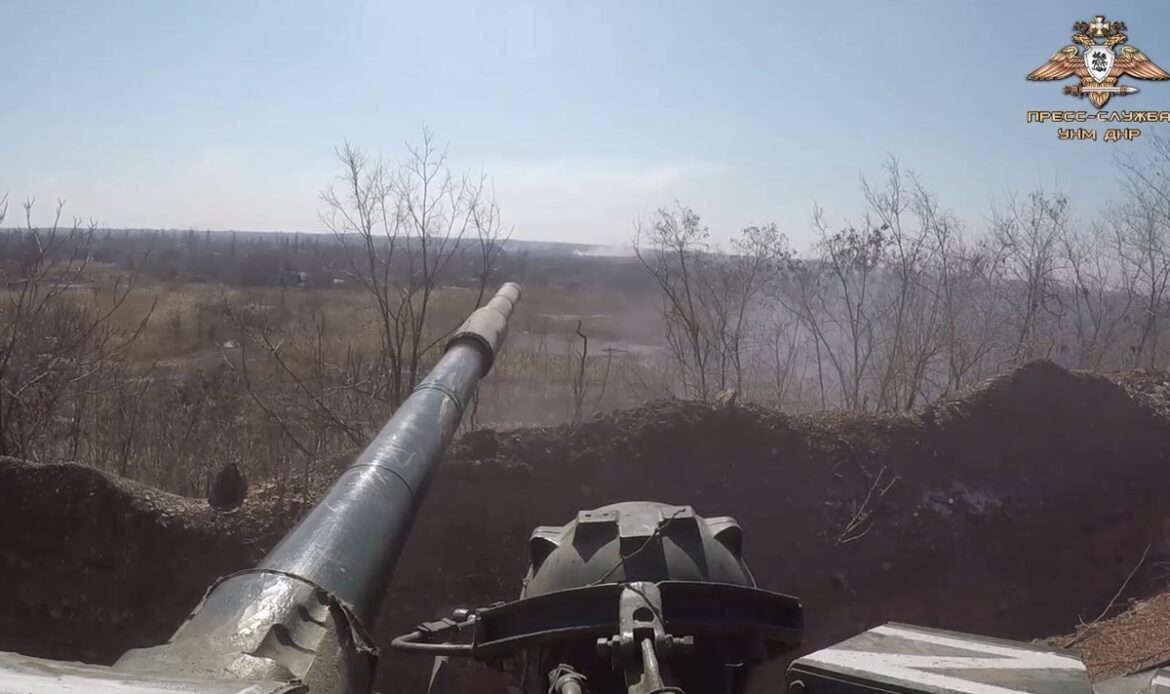 Over 100 mercenaries and pro-Kyiv troops eliminated in Russian strike on base in Zhytomyr region: Hypersonic weapons in action once again

The press service of the DPR military released a POV video of the battle tank work near the town of Mariinka in the sector east of Donetsk city. At least two battle tanks of the Ukrainian Armed Forces were eliminated in this battle. Earlier, on March 19, pro-DPR sources reported that DPR troops already entered this important stronghold of Kyiv’s forces and engaged them in clashes inside it. The potential fall of Mariinka will allow DPR forces to kick off the operation to push back Kyiv troops from the sector east of Donetsk thus preventing them from further strikes on civilian infrastructure there.

On March 20, the Russian Defense Ministry announced that a high-precision air-launched missiles hit the training center for special operations forces of the Ukrainian Armed Forces, where foreign mercenaries were based. The strike on the base near the settlement of Ovruch, Zhytomyr Region, eliminated more than 100 members of pro-Kyiv forces.

The destruction of a Ukrainian battle tank with a Russian strike:

The Russian Defense Ministry also released a video of the destruction of the battle tank of the Armed Forces of Ukraine by the anti-tank missile system “Vihr”. Ka-52 helicopters were providing air support to the advancing troops. The distance of the strike with such missile system is up to 7000m:

Meanwhile, in the region of Donbass, forces of the Donetsk People’s Republic took control of the settlement of Stepnoye and continued pursuing the retreating units of the 53rd Separate Mechanized Brigade of the Ukrainian Armed Forces. Up to 25 Ukrainian personnel, two tanks, two infantry fighting vehicles and five cross-country vehicles were destroyed.

In the direction of Novoselivka 2, DPR units advanced crossed the Kamenka-Verkhnetoretskoye road and engaged the 1st Paratrooper Battalion of the 25th Separate Airborne Brigade of the Ukrainian Armed Forces.

As of March 20, a large part of the settlement of Verkhnetoretskoye is under control of DPR forces. Clashes there are ongoing with the 2nd battalion of the same Ukrainian brigade. Up to 40 members of Kyiv’s forces, five armored personnel carriers and four off-road vehicles were destroyed in this direction.

Local sources also reported that Russian troops repelled an attack by pro-Kyiv forces near the town of Balakliya in the Izum area of Kharkiv Region. The town itself is in the hands of Russian-led forces. Nonetheless, pro-Kyiv units are still active around Izum.

According to the Russian Defense Ministry, in the evening of March 19 and in the morning of March 20, fresh strikes on military infrastructure facilities in Ukraine were carried out.

From the waters of the Black Sea, sea-based cruise missiles “Kalibr” hit the Nezhin repair plant and destroyed workshops for the repair of Ukrainian armored vehicles damaged in hostilities.

Another strike involved sea-based cruise missiles “Kalibr” (from the Caspian Sea) and hypersonic aeroballistic missiles “Kinzhal” (from the airspace over the territory of Crimea) destroyed a large base for storing fuel and lubricants of the Ukrainian armed forces near the village of Konstantinovka, Mykolaiv Region. This base was used for supplies of fuel for Ukrainian armored vehicles in the combat areas in southern Ukraine.

The Russian side reported that during the night operational-tactical and army aviation hit 62 military facilities of Ukraine. This included three command posts, one installation of multiple launch rocket systems, two depots of rocket and artillery weapons and one fuel depot, as well as 52 places where military equipment was gathered.

According to Russia, since the beginning of the military operation, Russian forces have destroyed 207 unmanned aerial vehicles, 1,467 tanks and other armored combat vehicles, 148 multiple rocket launchers, 573 field artillery and mortars, and 1,262 units of special military vehicles.