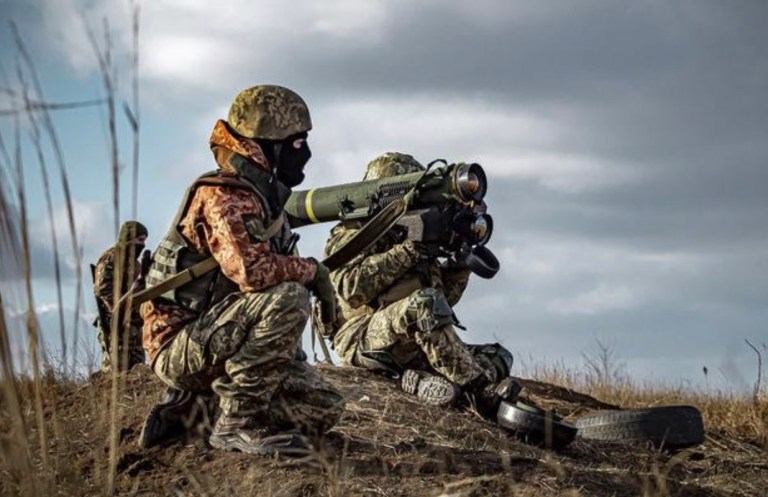 Tensions in the battlefields of Ukraine persist. Hostilities continued on various front lines. Some tactical successes were achieved during the night operations by the Russian and DPR/LPR troops.

On the evening of March 28, high-precision air-launched cruise missiles destroyed a large fuel base near the settlement of Klevan in the Rivne region. Fuel supplies for Ukrainian military equipment to the suburbs of Kiev were carried out from this base.

In terms of tactical maneuvers, there were no particular strategic accomplishments recorded. The Russian and Ukrainian armies engaged in exchanges of fire on all fronts during that night.

The Russian military destroyed a battery of BM-21 «Grad» multiple rocket launchers of the Ukrainian army:

The Russian troops destroyed the fourth operational brigade of the National Guard of Ukraine, which was based in the city of Gostomel in the Kiev region. During the battle, several tanks were hit and more were abandoned.

On March 28, the special forces of the DPR People’s Militia continued their offensive in the Gorlivka direction. DPR sources shared a video showing the destruction of a Ukrainian firing point in the Gorlivka area. Judging by the radio interception, there were several Ukrainian soldiers in that dugout.

In the video below, the Russian marines and the DPR troops storm the base of the Azov national battalion in the central region of Mariupol carried put the successful assault operation and took control over one of the Azov military bases.

On the morning of March 29, the fierce fighting took place in Gorlivka and Avdeevka.

There was also the AFU shelling on the residential areas recorded in the following directions:

All of the above-mentioned settlements are located in the Donetsk region.

On March 29, another Ukrainian Tochka-U missile was shot down by the DPR air defense forces over Donetsk. 24 Tochka-U missiles have been fired across the republic so far.

Fighters of the Russian Aerospace Forces are demilitarizing the aircraft of the AFU Air Force in the skies of Ukraine.

Unfortunately, casualties among civilians are not avoided.

At 8:30 a.m., on March 29, a powerful blow was heard in Mykolaiv. Locals reported that a rocket hit the area of Sobornaya Square near the buildings of the city and regional councils. In the morning, footage of the destroyed building of the regional administration was shared by local Ukrainian authorities.

While no major military successes are claimed by any of the warring sides, Kiev and Moscow agreed for another round of negotiations. The Russian-Ukrainian talks will be held at the Dolmabahce Palace on the shores of the Bosphorus. They are scheduled to begin at 10:30 the local time. Both delegations are already in Istanbul. The Russian delegation is headed by Russian presidential adviser Vladimir Medinsky. Ukraine is represented by Defense Minister Oleksiy Reznikov, advisor to the head of the presidential office Mikhail Podolyak, and representative of the parliamentary faction Servants of the People David Arahamiya.