Home Politics First video from the scene: Russian assault on Azovstal in Mariupol 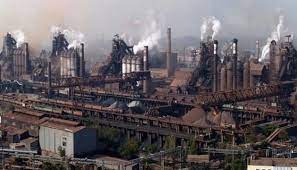 On April 18, the first video showing the assault of the special operations center of the DPR on the territory of the Azovstal plant in the city of Mariupol. The assault units include the 9th regiment of the DPR People’s Militia and Russian marines from the Crimea.

It is reported that some facilities have already been taken under the DPR control. The AFU fortifications at the Azovstal plant are constantly shelled by Russian forces.

On April 17, members of the nationalist Azov regiment blockaded in the Azovstal were once again offered to surrender. After no one left the plant along the provided humanitarian corridors, the assault resumed.