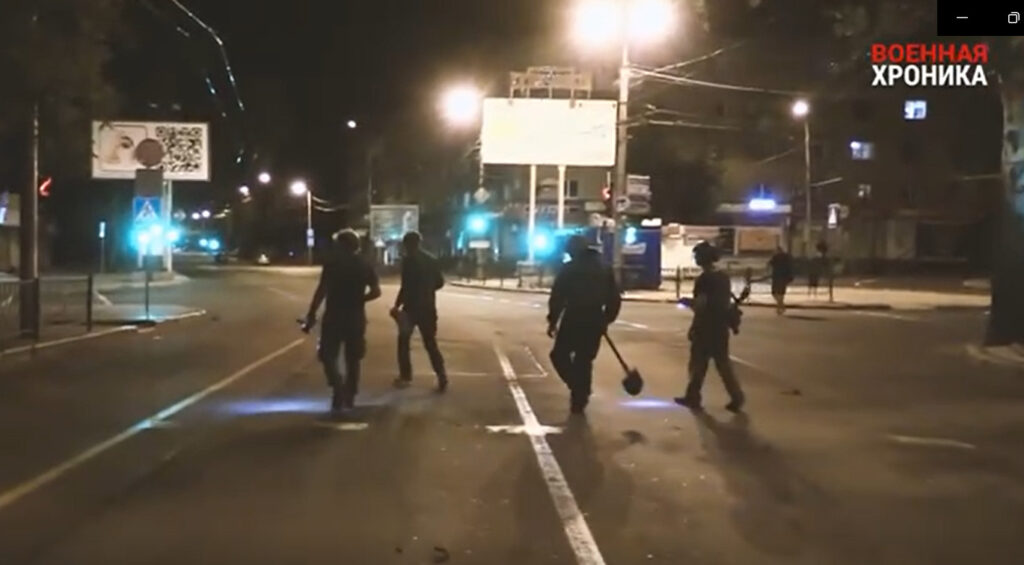 The Kiev regime continues terrorist attacks against civilians in the Donetsk and Luhansk People’s Republics. The Armed Forces of Ukraine are shelling residential areas in the city of Donetsk and on its outskirts with anti-personnel mines.

On the morning of July 31, projectiles with scatterable anti-personnel land mines Lepestok (also known as Green Parrot or Butterfly Mines, PFM-1) hit the village of Skochinsky mine and the Kirovsky district of Donetsk.

On July 31, the AFU mined the very center of the city of Donetsk. PFM-1 were shelled at the intersection of Vatutin Avenue and Universitetskaya street.

There were civilians on the streets at the moment of the attack:

Earlier, the representative office of the Donetsk People’s Republic in the JCCC reported several times on the shelling of the residential areas of the capital, including with the use of artillery, mortars and MLRS “Hurricane”, with which the AFU carried out the remote installation of the mines.

Numerous PMF-1s are still found on the central streets of Donetsk and in the parks of the city. According to local reports, some civilians were injured during the explosions.

The center of Donetsk is cleared by T-72B tanks:

Soviet PFM-1C mines are hardly noticeable on the ground and explode when someone steps on the target sensor. They can also explode when being heated by sunlight.

Residents of Donetsk and its suburbs find unexploded cassettes in their yards:

The local residents who have been shelled by Ukrainian forces for years, are not surprised by such attacks. There is a video showing a woman who took an unexploded mine in her bag “to show it to her colleagues” and warn them.

The terrorist warfare of the Kiev regime against civilians in the DPR and LPR has crossed all the boundaries of cruelty. Mining of the cities is aimed at killing civilians. The PMF-1s can cause no damage to any military equipment but only kill civilians. Previously, such mines were also left by the AFU in the cities they left.