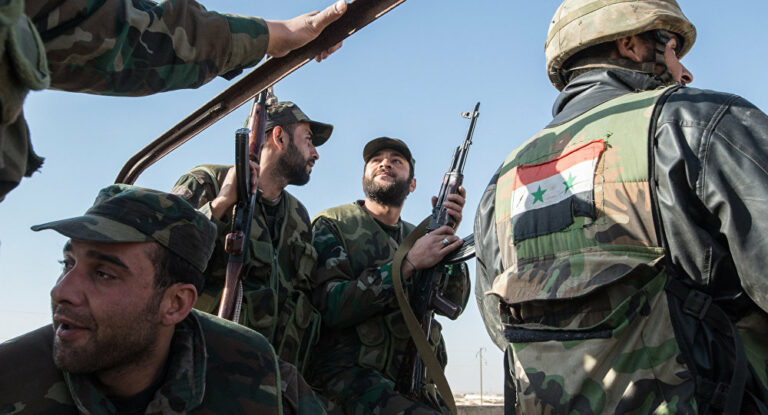 Early on August 4, an officer of the Syrian Military Intelligence Directorate (MID) was killed and another was wounded as a result of a cross-border attack from Lebanon.

The two officers were manning a checkpoint in the town of al-Mushrefa, which is located right on the border line between Syria and Lebanon, when an gunman from the Lebanese side attacked them with a hand grenade.

Lebanese news sources said that the attack took place following an attempt by the Syrian Arab Army (SAA) to arrest two local smugglers wanted by both Syrian and Lebanese authorities. One of the smugglers was wounded during the arrest attempt.

Clashes were reported in al-Musherfa after the deadly attack. During the clashes, SAA and MID forces targeted the hideouts of wanted smugglers in the town with rocket-propelled grenades and heavy machine guns. No casualties were reported, however.

The border between Syria and Lebanon has been always unstable. Last month, two soldiers of the SAA’s elite 4th Division were killed as a result of an attack in the town of Asal Alward that is located in the Western Qalamun mountain chain, right on the border with Lebanon.

As a result of the economic crisis in Lebanon and the war in Syria, the border line became a hub for the production and trafficking of narcotics, especially an amphetamine known as Captagon. Authorities in both countries have been making efforts to counter narcotics. However, very little have been achieved, so far.