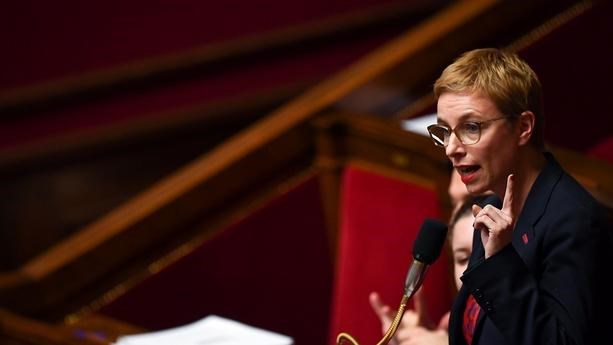 According to Autain, “Israel” launched the most dramatic attack since 2021, and there are Palestinian deaths, while France is satisfied with a statement that equates the Israelis with the Palestinians.

She slammed in a tweet the French government’s position on the Israeli aggression on Gaza as “scandalous”.

France had reiterated its unconditional adherence to the security of “Israel”.

The French Foreign Ministry Spokesperson said her country “condemns the firing of rockets into Israeli territory and reiterates its unconditional adherence to Israel’s security.”

She added that France calls on “all parties to exercise restraint to avoid any further escalation of which the civilian population would be victims of,” totally equating the Israeli occupation with Palestine, which outraged the French La France Insoumise MP.

Dozens of martyrs fell as a result of the continuous Israeli aggression on Gaza for the third day in a row, which necessitated a response from Al-Quds Brigades by launching volleys of rockets at the occupied Palestinian territories.

The Palestinian Resistance factions mourned the martyrs of the Israeli aggression on the Gaza Strip, stressing that the occupation shall bear all the consequences of the aggression.