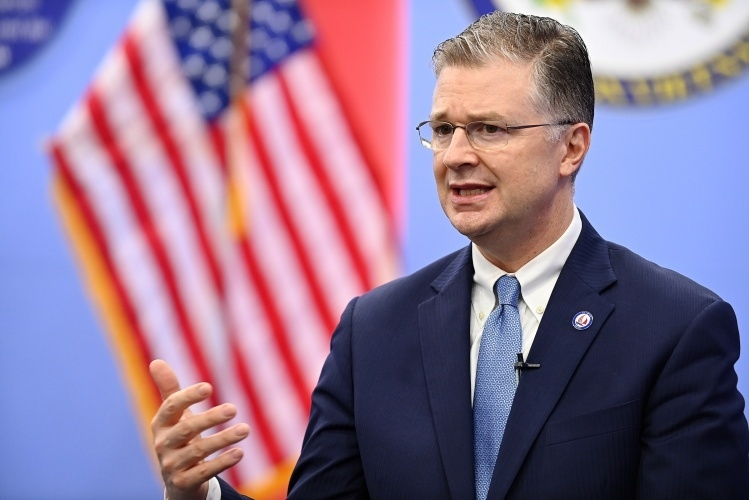 Trade talks are expected between Taiwan and the US in the fall in light of the ongoing arms trade between the two, and China stresses the necessity of terminating the sales.

Beijing has warned of further action if the US continues to supply more arms to Taiwan and conducts naval activity near the island of Taiwan, which comes in light of US House Speaker Nancy Pelosi’s visit earlier this month, prompting Chinese military drills.

Washington’s top envoy for East Asia, Daniel Kritenbrink, disclosed to reporters on Thursday that US policy had not changed, adding: “what has changed is Beijing’s growing coercion.”, calling Beijing’s words and actions “deeply destabilizing,” adding: “They risk miscalculation and threaten the peace and stability of the Taiwan Strait.”

US and Taiwan officials have already drawn out plans on Thursday for formal negotiations on a trade agreement.

The US has sold up to $100 million worth of equipment and services to support Taiwan’s air and missile defense systems, which Taiwan’s Presidential Spokesperson Xavier Chang labeled as a “rock-solid partnership between Taiwan and the US.”

The US has previously supplied ammunition to Taiwan with a value of $120 million in June as well, pressing Washington to annul the arms-sale agreement and break all connections with the Taiwanese military.

Beijing opposed and condemned the latest sale, saying it “seriously undermines” US-China relations, as well as peace and stability in the Taiwan Strait. Following Pelosi’s controversial visit to Taiwan last month, China imposed restrictions on the purchase of fruit and seafood from Taiwan, as well as stopping sand supplies to the island, which sparked a diplomatic storm.

In 2021, 42% of Taiwan’s total exports went to China and Hong Kong, while 14% went to the US. Part of the reason US President Joe Biden signed the Chips and Science Act of 2022 to counteract China’s trade performance which could, in turn, be a point of interest regarding why Taiwan would want to work on a trade deal with the US.

With the expected trade talks to occur early this fall, per a statement from the Office of the Deputy US Trade Representative, Sarah Bianchi announced that the talks “will deepen our trade and investment relationship, advance mutual trade priorities based on shared values, and promote innovation and inclusive economic growth for our workers and businesses.”

According to the Office of the US Trade Representative, the list of topics on the negotiations agenda includes agriculture, digital trade, labor environmental standards, “removing discriminatory barriers to trade,” addressing “distortive practices of state-owned enterprises and non-market policies and practices.”

Earlier on Friday, US corporate media reported that Chinese President Xi Jinping plans to meet in person with Biden in Southeast Asia in November.