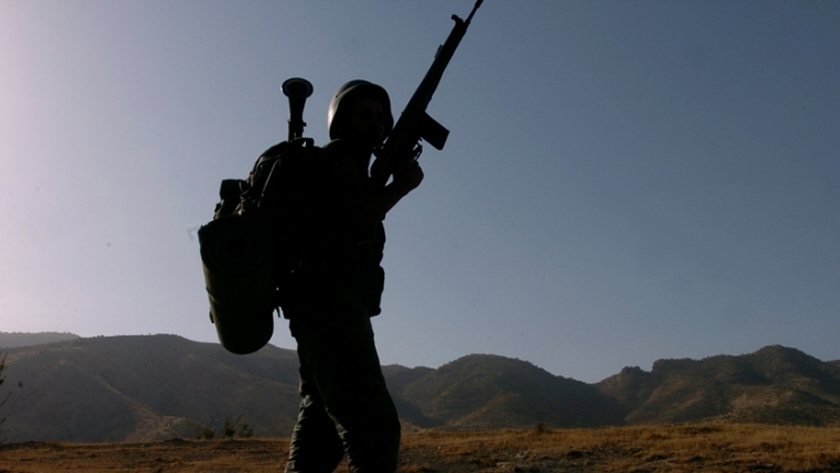 Four Turkish soldiers have been killed in a clash with fighters in northern Iraq, according to a statement by Turkey’s defence ministry.

The ministry said late on Sunday that the incident took place in a region where Turkey has been carrying out a cross-border operation called Claw-Lock.
Operations in the region are still ongoing, the ministry statement added.
Turkey regularly carries out operations against Kurdistan Workers’ Party (PKK) members based in the Kurdish region of northern Iraq.
The PKK launched an armed rebellion against the Turkish state in 1984, first seeking independence and more recently, autonomy. More than 40,000 people have been killed in the conflict.
Turkey launched Operation Claw-Lock in April to target the PKK’s hideouts in northern Iraq.
The PKK is regarded as a “terrorist” group by Turkey and some countries across the globe.
Ankara’s military operations in northern Iraq have been criticised by the Iraqi government, which has accused Turkey of failing to respect Iraq’s territorial integrity.