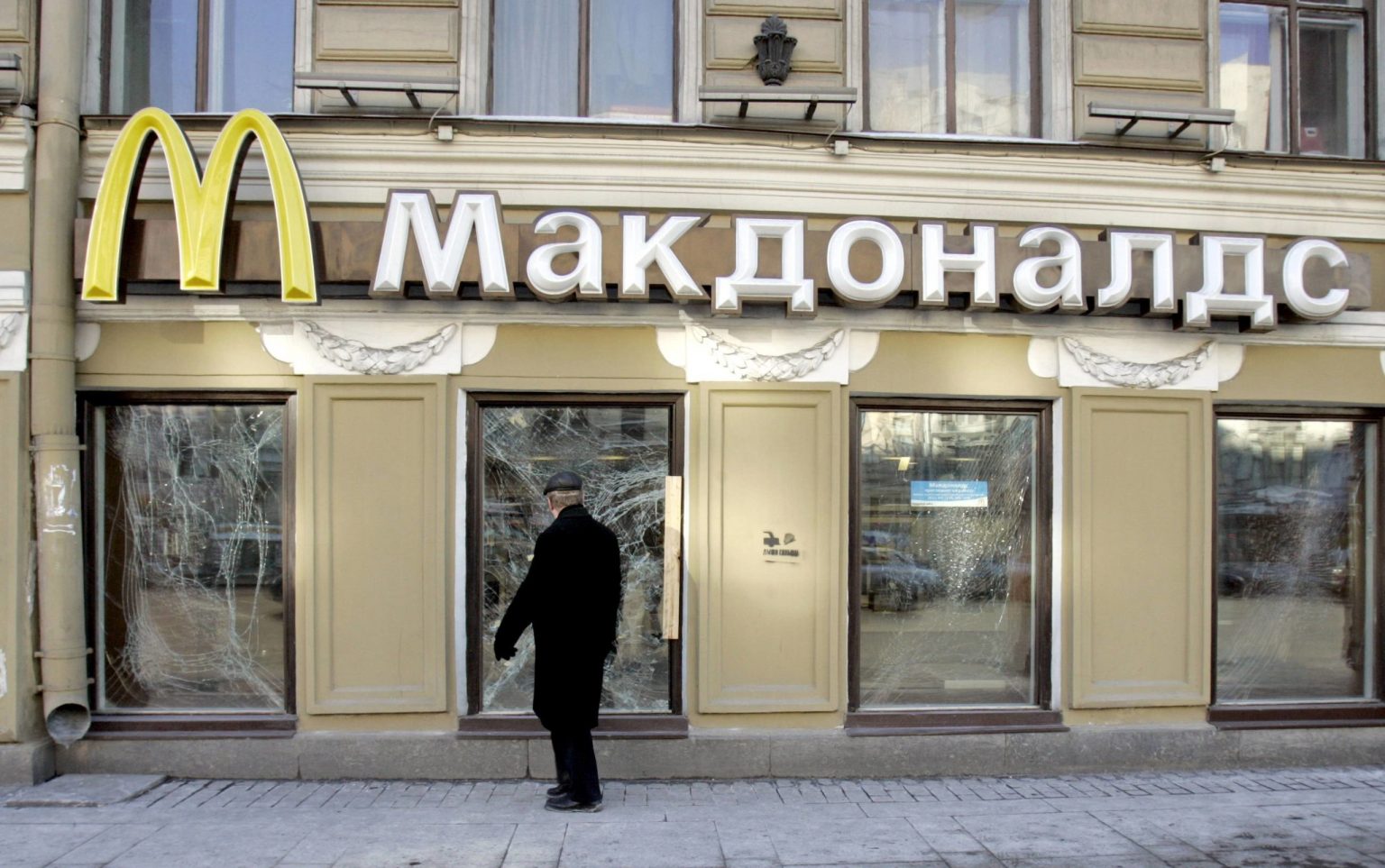 A man looks through the cracked window of a McDonald's restaurant, where an explosion occurred Sunday night, at Nevsky Prospect in St Petersburg February 19, 2007. Russian police investigating an explosion in a McDonald's restaurant in St Petersburg doubted it was an act of terrorism, media reported on Monday. REUTERS/Alexander Demianchuk (RUSSIA)

Most Russian businesses have adapted to sanctions – survey

The majority of Russian entrepreneurs say they have adjusted to Western sanctions and continue to work as usual, according to a recent poll.

The survey was conducted in October by a research team working for the Russian Ombudsman for Entrepreneurs’ Rights and polled 5,760 business leaders from all regions of the country. A total of 55.4% of respondents said that they had completely adapted to the restrictions or were getting used to the new conditions.

“That is, most of the [business] community has endured the aftermath of the sanctions. Only 10.5% of the respondents said they could not cope with the consequences of the restrictions, while 16.3% said they did not notice them at all,” the study said.

Just 9% of those polled claimed that they had retained stable income growth, while 30.4% recorded a decline in profit but stressed that the situation was under control. A serious slump was reported by 27% of entrepreneurs, and 7% said they were facing a crisis. The survey found that only 6% had closed their businesses or were planning to do so.

When asked by researchers about shortages of certain goods, 26% replied that they had failed to find substitutes for critically important foreign products or services that were banned from delivery to Russia due to sanctions. The majority of the respondents, however, said that they had managed to find new suppliers for the same or similar products, either in Russia or abroad.