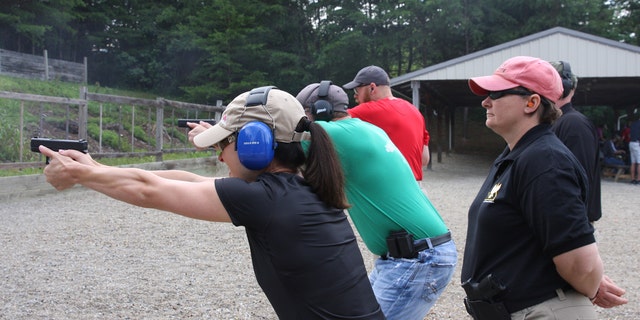 A Florida sheriff is pushing for armed people in schools in an effort to prevent active shooter situations that have plagued the country in recent years and as lawmakers continue to debate how to address the issue.

Judd spoke about the 2018 Marjory Stoneman Douglas High School shootings, in which Nikolas Cruz killed 17 people and injured 17 more at the Parkland, Florida, campus. Cruz has since been handed down a life sentence.

On Thursday, Judd listed a number of errors that led to the shooting, from an Uber driver who drove Cruz with a rifle and didn’t say anything, to a responding law enforcement officer who appeared to fumble while putting on a bullet-proof vest, which he should have already been wearing at the scene.

Judd noted that, most of the time, law enforcement arrives to a school shooting after most of the damage has been done. So schools have to be ready to defend themselves, which is why more armed people on campuses are needed.

The prevalence of mass shootings in schools has prompted some school districts to consider arming teachers or placing armed security guards and military veterans on campuses to protect kids.

Cherokee Schools Superintendent Kim Lingenfelter in Iowa said last month that: “No one wants guns in school, but we want bad guys with a gun even less. And the board has taken a very measured and serious approach to the challenge of keeping students safe and staff.”