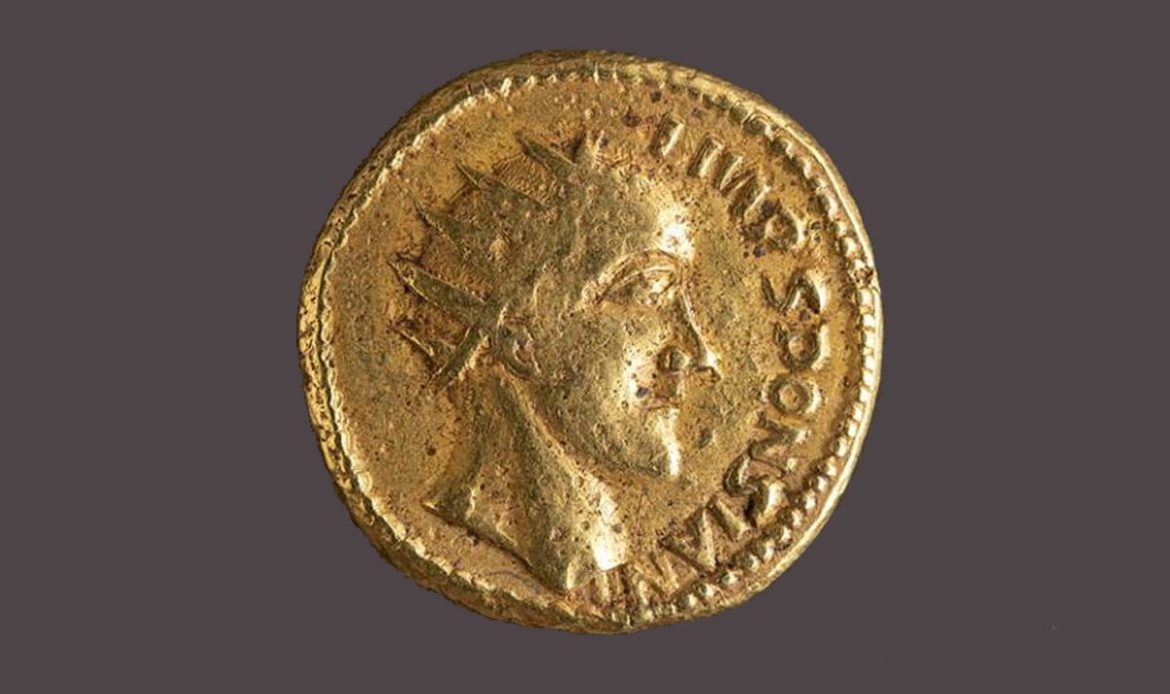 New technological means of analysis proved some Roman gold coins found in Transylvania and dating back to the 260s AD to be bona fide, thus confirming the existence of a previously forgotten barrack emperor – Sponsian.

Three of the four coins stored at The Hunterian Museum in Scotland for the past two centuries depict known emperors, but the fourth depicts a mystery man. His name, Sponsian, is quite interesting since it was only mentioned in a Roman funerary inscription. Moreover, this inscription was excavated after the coins were discovered. So at the time of coins’ discovery, a hypothetical forger had no other sources where they could find this name.

The coins, however, are themselves composed of an alloy of gold, silver, and copper. This differs from two genuine Roman mint coins used for comparison, which are essentially pure gold, resulting into more doubts about the authenticity of the coins.

“After been discovered, those coin at first were accepted as genuine antique and so-called ‘barbarous’ imitations of Roman coins… However in 1868, Henry Cohen, the leading expert of the time, declared the coins to be poorly made and ridiculously imagined modern fakes,” explains the research article.

However, a new analysis, conducted with ultraviolet imaging, visible light, and scanning electron microscopy, proved that the “tokens had experienced extensive use and circulation amongst other coins, and had not been deliberately scratched to imitate use. Miniscule bits of soil cemented onto the surfaces supports the claim the artifacts really had been buried for a long period of time.”

This discovery allows historians to suggest that he [Sponsian] was most likely an army commander in the isolated Roman Province of Dacia during the military crisis of the 260s CE.

“He ruled Dacia at a time when the empire was beset by civil wars and the borderlands were overrun by plundering invaders,” concludes Paul N. Pearson of University College, London, lead author of the paper.

This theory provides a sufficient explanation, both of the fact that Sponsian never appeared in any official Roman records an the strangeness of the coins.