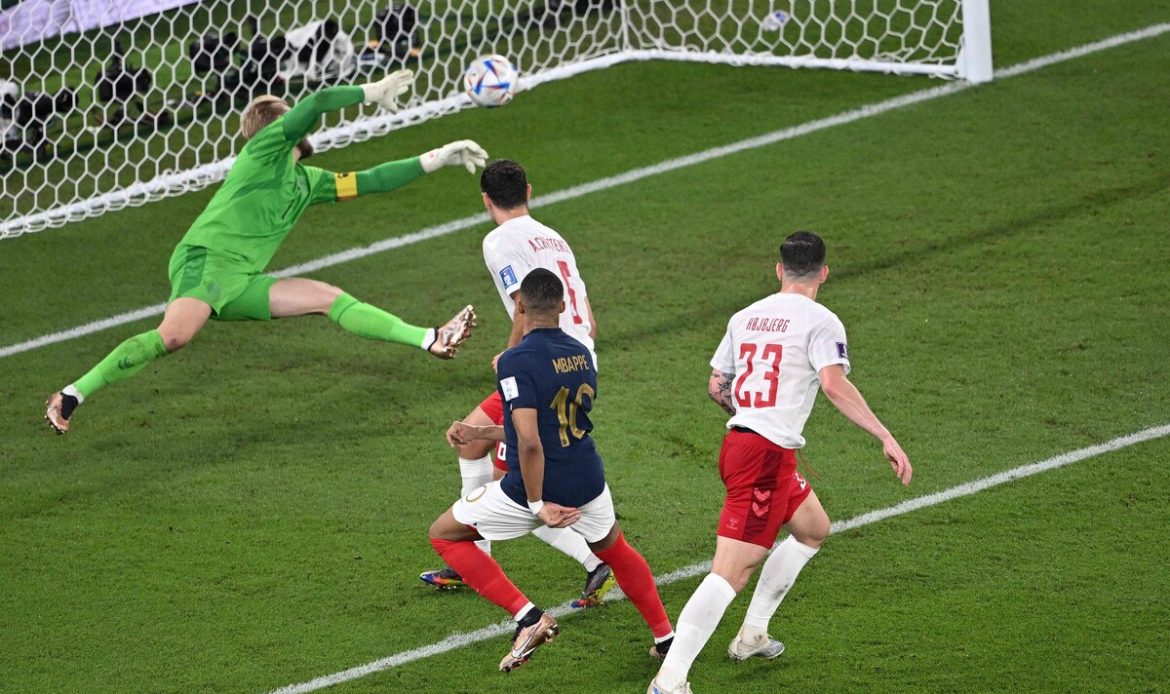 Defending champions France became the first team to secure a place in the knockout stages at the Qatar World Cup as they beat Denmark 2-1 thanks to a double from Kylian Mbappe.

France broke the deadlock in the 61st minute of the Group D encounter at Stadium 974 in Doha when Mbappe linked up with Theo Hernandez before side-footing a finish past Denmark goalkeeper Kasper Schmeichel.

Denmark hit back seven minutes later when Andres Christensen headed in a flick-on by Joachim Andersen at a corner, but Mbappe struck again in the 86th minute when he arrived at the back post to bundle in a cross from Antoine Griezmann.

The 23-year-old Mbappe now has seven World Cup goals in total to his name, with his three so far in Qatar added to the four he scored as Les Bleus won the title in Russia four years ago.

France made it two wins from two games in Qatar following their resounding 4-1 opening victory against Australia – a match in which Mbappe was also on target.

Didier Deschamps’ team are top of Group D with six points, meaning they will qualify for the last 16 with one game to spare.

Australia lie second on three points after their 1-0 win over Tunisia earlier on Saturday.

Demark have just a solitary point alongside Tunisia after their goalless opening draw in Qatar.

Semifinalists at Euro 2020 last year, the Danes’ fate in Qatar will rest on the final round of Group D games on Wednesday, when they must beat Australia to stand any chance of progressing.

France will take on Tunisia at the same time, knowing they are safely into the business end of the tournament.