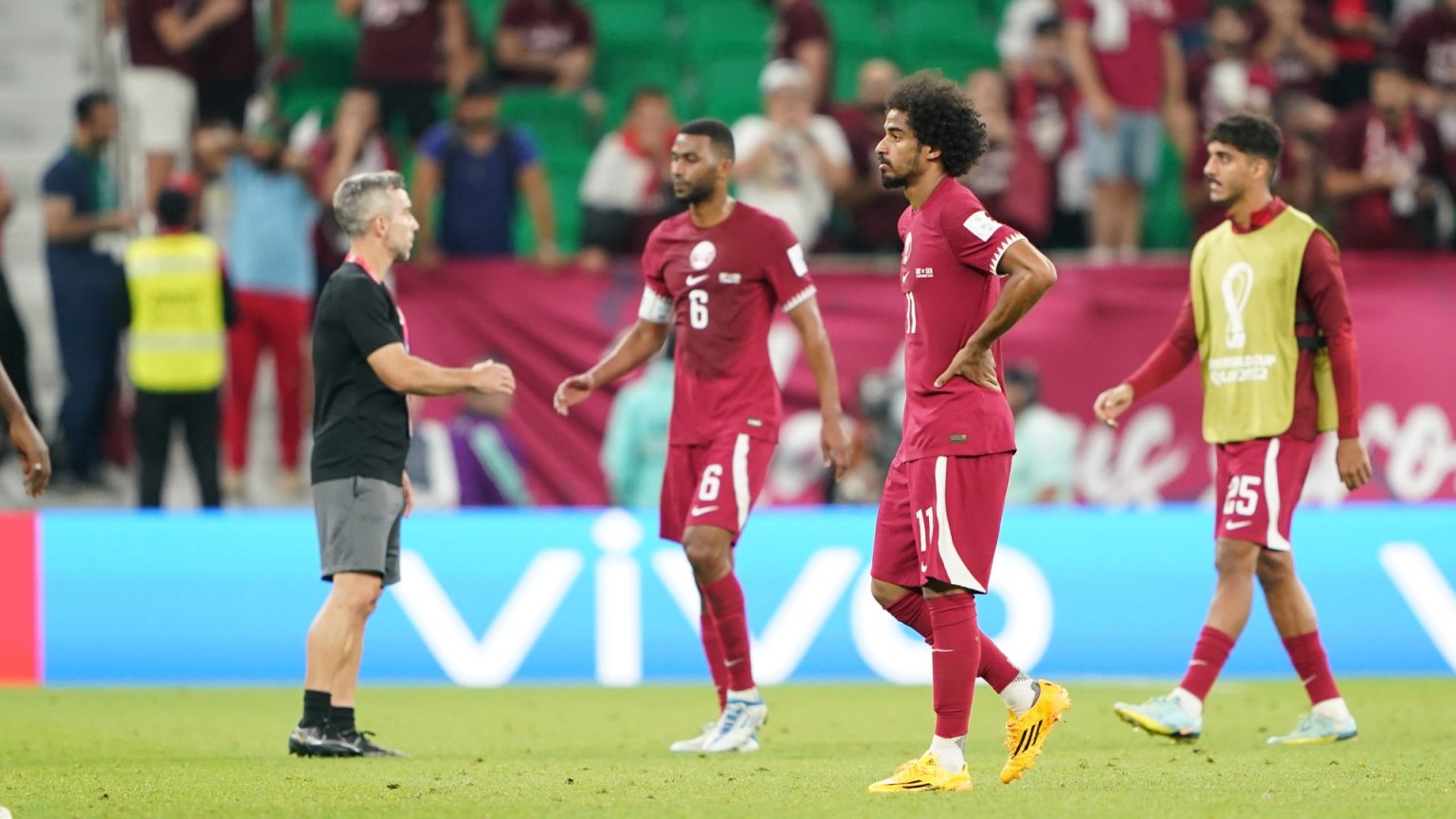 For 90 minutes, during which the four-time world champions were recurrently outclassed, outmaneuvered and almost overwhelmed by Spain, Hansi Flick’s side clung to their belief in World Cup survival.

Even when losing by 1-0 with only a few minutes left to play, when the pressure might have been too great, there was a firm strand of faith that ran through Germany and defied all the odds – they are here to stay.

German fans had prepared themselves for the worst. Their uncharacteristically lackluster team were staring down the barrel of a second successive group stage exit after crashing to a shock 2-1 loss to Japan in the opener. Next up for them were European giants Spain, who had shown off their formidable attacking prowess by annihilating Costa Rica 7-0 in one of the most one-sided games in the tournament’s history.

Their hearts sank when Spain striker Alvaro Morata’s deft finish on the hour mark had Germany on course to witness their Qatar campaign end in ignominy. No side have ever lost their first two ties at a World Cup and still managed to reach the knockout stages.

The vultures were circling and the onus was patently on Germany to take a do-or-die step back from the edge of the abyss. That’s when Niclas Fullkrug, an unlikely savior from Werder Bremen, stepped into the breach.

As recently as last season, the 29-year-old striker was not even a top-flight footballer. He just became the oldest player to make his full debut for Germany in 20 years when he came on as a substitute against Japan a few days ago.

However, with only seven minutes to go in just his second competitive game for the national team, he combined with the electric Jamal Musiala to lash an unstoppable effort high past Spain goalkeeper Unai Simon and offered Germany a precious point and a much-needed lifeline.”We really wanted to pull back, that was very important for the feelings in the camp,” Fuellkrug told reporters afterwards. “We still have room for improvement, but we can hope that everything turns out well in the final game.”They still need to defeat Costa Rica on Thursday and hope Japan do not spring another shock against Spain, but the significance of Fuellkrug’s goal cannot be underestimated. Had Spain won, La Roja could have afforded to rest their first-choice stars and pick a second-string team in their clash with Japan. And then any dropped points would have seen the Flick’s side knocked out.

“We are very happy that Niclas [Fuellkrug] showed us his determination and how to score goals,” Flick told a press conference. “He gives lots to the team, not only goals, but is also a very good boy, he has his heart in the right place and we are very happy to have him.”

Though Fuellkrug was the man who scored the vital goal, it was Flick’s tactical acumen that had played a huge part in making it happen. The former Bayern Munich boss ditched the experiment with playing Thomas Muller through the middle and sent on Leroy Sane and Fuellkrug to inject impetus. It made all the difference for the struggling side.

Flick was also rewarded for fielding Thilo Kehrer at right back and moving Niklas Sule to center-back. The new set-up offered more defensive solidity as they frustrated their opponents for large periods. Spain’s brilliant passage of play conducted by Sergio Busquets, Gavi and Pedri was easy on the eye, but they could not find a breakthrough in the face of a spirited efforts from the German defensive contingent.

“We knew what it was all about and what was at stake,” Flick declared. “We saw a Spanish team that knows how to play… Things start to develop when you start to win so maybe this will give us a boost to give us the self-confidence to score goals.

“We know that this was just the first step, and in the next match against Costa Rica we want to create the conditions so that we can go through to the round of 16.”

Though Germany are still the only team in their group to not yet pick up a World Cup win so far, the scent of implausible turnaround is in their nostrils. Their fate is no longer in their own hands in Qatar, but they would die another day.