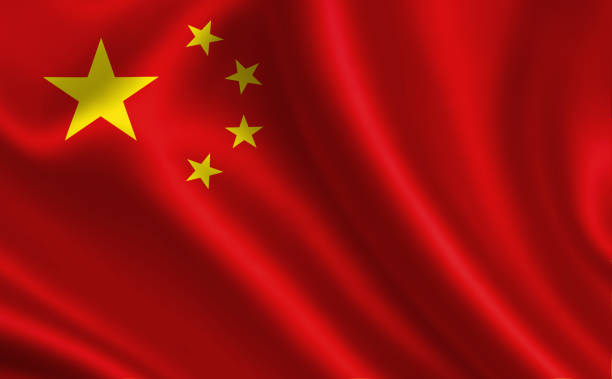 China flag. A series of "Flags of the world." (The country - China flag)

world Economic Forum founder Klaus Schwab praised Communist China in a November 19 interview with cgtn’s Tian Wei, calling it a “role model” for many countries. Specifically, Schwab told Chinese state media that humanity needs a “systemic transformation of the world” and that while we “should be very careful in imposing systems,” the “Chinese model is certainly a very attractive model for quite a number of countries.” He did not elaborate on what aspects of the Chinese model appealed to him, but he has long been a vocal advocate of corporate socialism.

Great Reset: Schwab, a German engineer and economist, founded the World Economic Forum in 1971 but is now famous as the mastermind behind the “Great Reset.” This term was popularized by a July 2020 book written by Schwab and Thierry Malleret, titled COVID-19: The Great Reset. Instead of free markets, the World Economic Forum says the world should implement wealth taxes, government regulations and massive infrastructure spending programs. Having shut down the global economy after covid-19, these globalists now want to convert it into an overtly socialist system.

Fourth Reich: China’s socialist market economy resembles Adolf Hitler’s corporate socialism more than it resembles Karl Marx’s communism. This makes Schwab’s ties back to Nazi Germany more concerning. Schwab was born in 1938 to Eugen Wilhelm Schwab and Erika Epprecht. His father moved from Switzerland to Germany during the Third Reich and became a director at Escher Wyss AG, a company that used slaves to manufacture key atomic bomb technologies for the Third Reich. Of course, Klaus was too young to be complicit in his father’s crimes, but look at the changes he is pushing for in the world. His “stakeholder capitalism” resembles the “corporate socialism” of Nazi Germany, fascist Italy, Falangist Spain, Vichy France, Peronist Argentina and many other nations.

Prophecy says: Biblical passages such as Revelation 17 reveal that a religious entity will rise in the end time and become the guiding force over an economic powerhouse that intoxicates all nations with its wealth and splendor. Revelation 18:3 says, “[T]he merchants of the earth have become rich through the abundance of her luxury” (New King James Version). The late Herbert W. Armstrong explained in Who or What Is the Prophetic Beast? that this religious entity is headquartered in Europe, so Klaus Schwab’s efforts to reset the global economy and revive European fascism could be tremendously significant.

This article was originally The Trumpet

China World economy
Previous ArticleInteresting financial statistics of the 2022 FIFA World Cup.
Next Article There’s a job-market riddle at the heart of the coming recession.