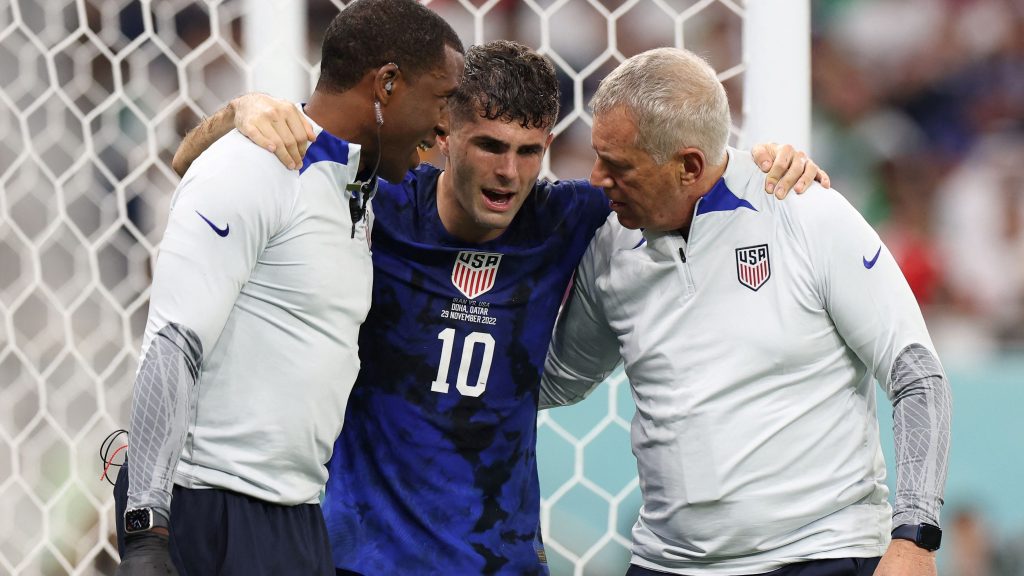 USMNT head coach Gregg Berhalter was a relieved man as he spoke to media after the USA beat Iran 1-0 to clinch a spot in the last 16 of the World Cup.

After Christian Pulisic’s first half goal the U.S. held on late on as Iran create three good chances but the young American side dug deep.

They will now face the Netherlands in the last 16 on Saturday (kick off, 10am ET) and Berhalter was asked how proud he was of his side.

USA grind out win after impressive display“Proud. First half we showed what we can do soccer wise. Second half we showed what we could do determination wise. The guys grinded. They gave every single ounce of energy. We are undefeated going into the knockout round,” Berhalter said.He was then asked about his nerves late on as Iran almost scored in the 99th minute when Mehdi Taremi nearly got on the end of a ball into the box.“This new injury time, counting every second, it is stressful. I think I have less hair on my head now,” Berhalter smiled. “We will take it and we will move on and we will go battle Holland.”Christian Pulisic injury updatePulisic, the goalscoring hero, was subbed out at half time after getting hit in the abdominal area (it looked like a nasty whack to the groin) when he scored the winning goal.Asked about the status of the USMNT and Chelsea star, here is what Berhalter had to say.“No update on his status but I’ve been saying all along, ‘it’s a wonderful thing when one of your best players is also one of your hardest working.’ He is certainly that. I can’t say enough positive things about Christian.”Another update was that Pulisic was taken to the hospital after the injury and Weston McKennie said he had a message from Pulisic saying: “Best believe I’ll be ready on Saturday.”“He was feeling some dizziness, it was a blow to his abdomen,” Berhalter said. “We FaceTimed him from the hospital and he was in good spirits.”