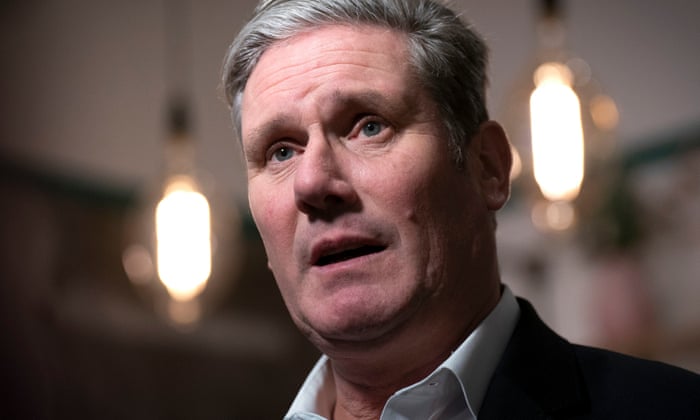 Rejoining the EU’s single market would not boost UK economic growth, Keir Starmer has argued, saying it would create “years of uncertainty” for UK businesses, which would be worse than the closer trade links that would come.

In another sign of Labour’s extreme reluctance to be portrayed as seeking to dismantle or reverse Brexit, Starmer said that as prime minister he would instead seek to improve the post-departure deal agreed by Boris Johnson.

Pressed on why he believed this when so many UK firms have said they are suffering because of the significant extra difficulties of exporting to and importing from the EU, Starmer said the single market was not the solution.

“Trade has gone down because the deal we have got is not a very good deal,” he said. “I think we could move from getting Brexit done, which is all that we have managed at the moment, to making Brexit work. And I do think there is a better deal.

“But do I think that going back into years of wrangling, years of uncertainty, is going to help our economy? No, I don’t. I spent many years post-2016 talking to businesses who said to me over and over again, the thing that’s hardest for us is all the uncertainty. That really, for many years, held us back, and I don’t want to go back to that.

“But I do think that we can move forward to a better deal, because I do not think this one is working.”

Starmer insisted he would not revisit the idea even if, in the future, it appeared that trade barriers with the EU were harming growth.

“I understand, and will absolutely improve on the deal that we’ve got,” he said. “But let’s just recognise that the low growth in our economy has been going on for 12 years. It preceded Brexit, it preceded Covid and it preceded Ukraine. There is something fundamental about the way our economy works.”

Starmer’s stance is arguably more uncompromising than that of Jeremy Hunt, the chancellor, who was asked the same question by Today last month.

Asked if single market membership would boost growth, Hunt said “unfettered trade with our neighbours and countries all over the world is very beneficial to growth”, but that being in the single market was politically impossible as it would require the free movement of people.
This article was originally published by The Guardian