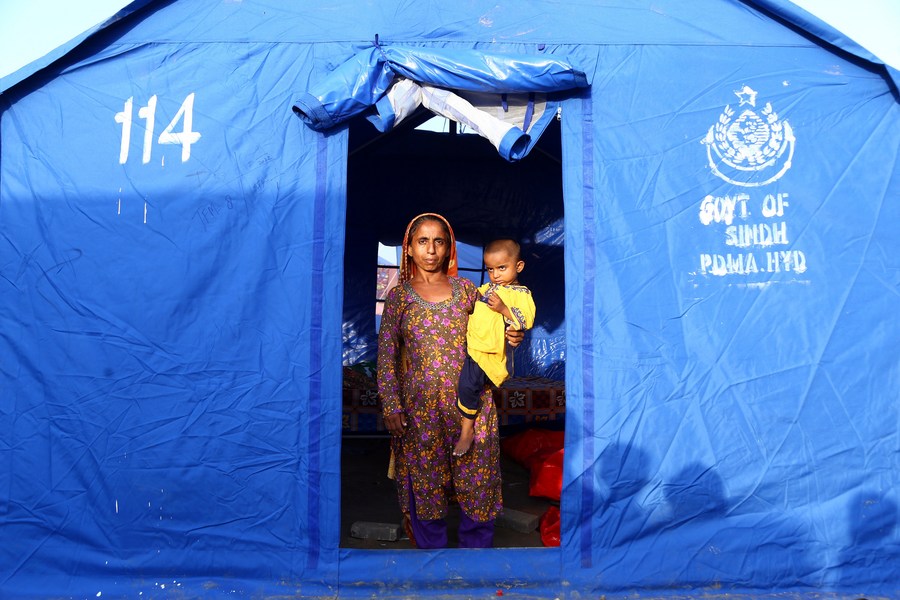 Pakistan suffers over 30 bln USD loss to economy due to floods: minister.

Economic loss caused by this year’s catastrophic floods has amounted to 10 percent of the country’s GDP, a Pakistani minister said.

ISLAMABAD, Dec. 6 (Xinhua) — Pakistan has suffered over 30 billion U.S. dollar loss to the economy due to this year’s catastrophic floods, which amounts to 10 percent of its gross domestic product, Pakistani Minister for Planning, Development and Special Initiatives Ahsan Iqbal said on Monday.

“Pakistan is the most vulnerable country facing climate change. The damages and losses caused by the floods are another burden on Pakistan’s economy, which is already struggling to survive,” the minister said while addressing a ceremony at the National Flood Response Center here.

With the help of social support, Iqbal said the government has managed to come out of the crisis of floods mostly with its own resources, but the challenges are not over yet, urging the international community and philanthropists to continue to help the flood victims till their complete rehabilitation.

He said the government had prepared a framework for making Pakistan a climate-resilient country, adding that the framework would also be presented to the international communi ty.

This artical was oiginally published by english.news.cn.