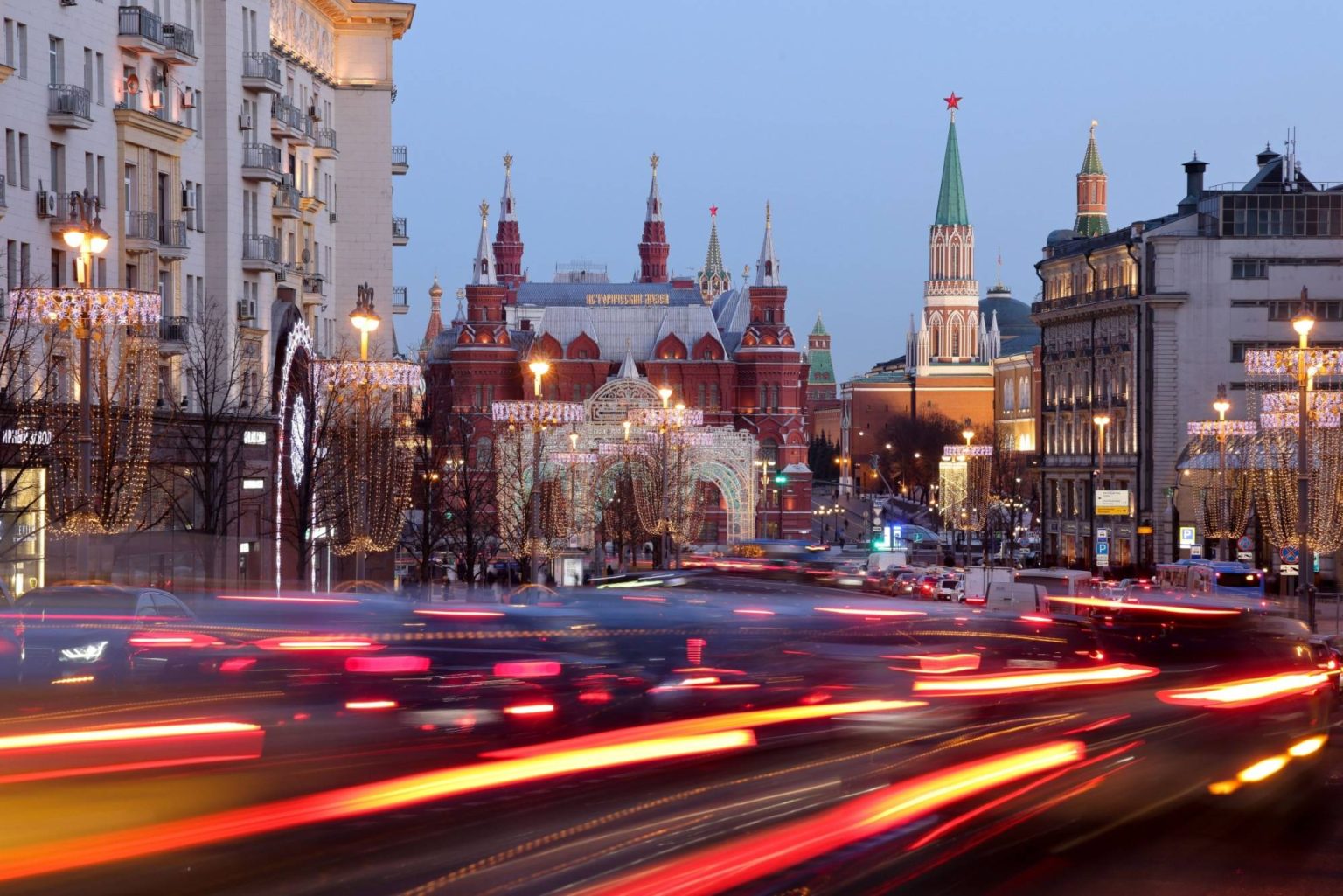 Light trails from heavy traffic on Tverskaya Street by the State Historical Museum in Moscow, Russia, on Monday, Feb. 28, 2022. The Bank of Russia acted quickly to shield the nations $1.5 trillion economy from sweeping sanctions that hit key banks, pushed the ruble to a record low and left President Vladimir Putin unable to access much of his war chest of more than $640 billion. Photographer: Andrey Rudakov/Bloomberg

Russian banks have been ordered to come up with a domestic payment service to replace Apple Pay and Google Pay, Kommersant news outlet reported on Monday.

According to the report, the National Payment Card System (NSPK) has charged banks with creating a service which would allow people to pay with their Mir cards using a smartphone and a QR code. NSPK is the operator of the Mir payment system, a Russian analogue to Visa and Mastercard, which also operates all non-cash payments in Russia.
The new service is expected to be ready by the end of April next year, and covers 85% of Russia’s points of sale by November.
Alma Obayeva, the head of the NSPK, told the news outlet that the technology is relatively simple and cheap to implement.
“The operational bulletin published in December provides for the integration of this service by banks and merchants by the end of April 2023. We expect that by that time, banks will be ready to test the service and provide their customers with an opportunity to make payments using the technology,” she was cited as saying.
NSPK noted, however, that it cannot force companies to adopt the new system. Experts told the publication that the move will require the replacement of up to 2 million POS-terminals in retail outlets across Russia.