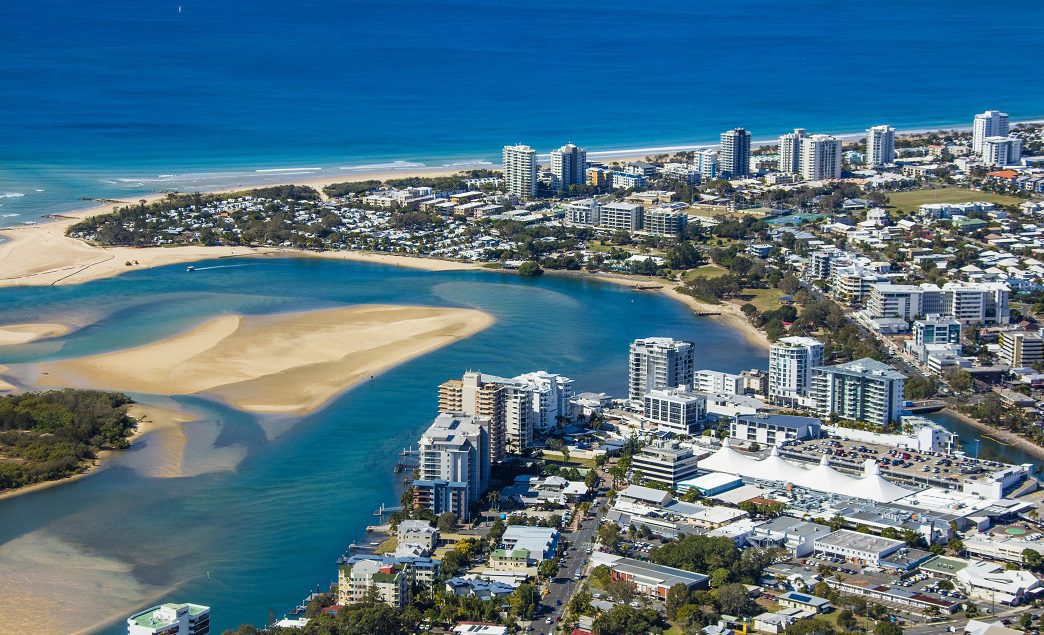 Sunshine Coast hotel operators welcome an early Christmas bounce with “record numbers” of travellers flocking to the region before the traditional peak period.

Figures from Visit Sunshine Coast show occupancy rates at many hotels were already at 90 per cent.

Chief executive Matt Stoeckel said rooms would continue to fill over the New Year period as interstate travellers returned to the region.

“Visitors are coming up from Sydney and Melbourne in record numbers with the airport reporting more than a 30 per cent increase in passengers coming in,” Mr Stoeckel said.

“Everywhere is starting to really build and get near capacity — from Caloundra all the way up to Rainbow Beach and out to the hinterland.

“This year, we’re expecting visitors to stay a little longer so we can see that already for the rest of January we’re at … around 70 per cent [occupancy], which is higher than what we have been in the past.

“We’re seeing tourists that are coming to the Sunshine Coast and spending more than ever.”

Mother of three Lauren Horwill said she and her family travelled up from Brisbane each year, to unwind and spend time with her parents.

“The beauty of Mooloolaba is that everything’s on your doorstep — the parks, the beaches, the cafes,” Ms Horwill said.

She said last year was a lot quieter due to COVID restrictions, but it was very lively this time around.

Rob Lee operates bungee trampolines on the beach and said he set up four days early because of the high number of visitors.

“Last summer definitely the numbers were shy in the early period … it was actually a really good January period,” Mr Lee said.

“This summer everyone’s really pumped, you can feel that they’re just wanting to get out and about.”

Sunshine Coast hotel operator Mal Cayley said there was a noticeable shift in holidaymakers this year, after two years of the pandemic.

“If you look at the next four weeks, we’re almost booked out,” Mr Cayley said.

“It just feels like there’s a lot more people coming to the Sunshine Coast this year than the last couple of years.”

Mr Cayley is the chief operating officer for a company with three locations on the Coast.

He said demand was welcomed but more accommodation in the region was needed to cater for the record numbers of tourists.

“A real challenge for us is staffing and retaining staff, not just from the amount of people we’re looking for, but also just trying to keep them here,” he said.

“We’re losing a lot of staff because they just can’t afford to live on the Sunshine Coast anymore.

“We’re also losing short-term accommodation to either rental or owner-occupiers when they’re sold … so that’s putting greater pressure and undermining the tourism economy because we don’t have enough.

“We’ve got a decreasing pool effectively.”

This artical was originally published by ABC.

A dangerous storm disrupts travel and knocks out power across the U.S.

Should I get travel insurance?