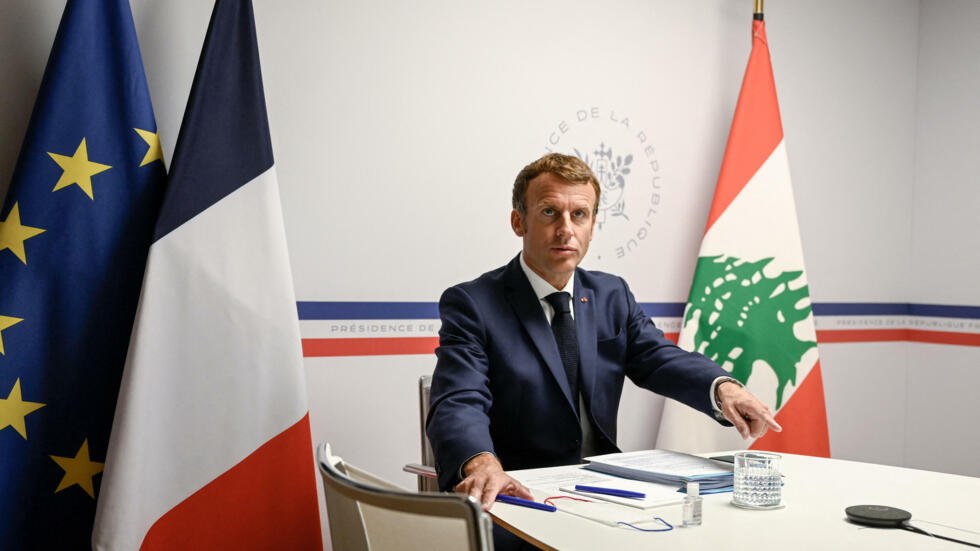 French President Emmanuel Macron called on Lebanon to “get rid” of its political leadership who have for months blocked reforms vital to save its stricken economy. He said an international conference to offer support to the country would be organised in the coming weeks. “The problem with Lebanon is that we must solve people’s problems and get rid of those who cannot do it,” Macron said, referring to the country’s entrenched political class — widely blamed for the country’s financial collapse since late 2019.”Lebanon must change its leadership,” he said in an interview on Friday with three media outlets including Lebanon’s Annahar newspaper.Macron has taken the lead in international efforts to bail out the Lebanese economy after a collapse in the value of the Lebanese pound plunged most of the population into poverty.French-hosted international conference on Lebanon raises $370 millionInternational lenders have demanded that Lebanon adopt a programme of painful economic reforms in return for releasing billions of dollars in bailout loans.But deadlock between opposing alliances of the confessional political parties that have dominated Lebanon since the 1975 to 1991 civil war have left the country with only a caretaker government since an inconclusive May election and a vacant presidency since last month.Political alternative”The question is: this caste that lives off Lebanon, does it have the courage to change?” Macron asked, adding that he was dismayed to see the mass emigration of young Lebanese who had taken to the streets at the start of the crisis in late 2019 to demand political and economic reform.”My answer is to try to help bring a political alternative to life… and to be intractable with political forces.”I care about Lebanese men and women, not those living off their backs,” he said.Lebanon needs up to $15bn to rise from economic collapseMacron said the priority now was to have “honest” people as president and as prime minster capable of moving swiftly to restructure Lebanon’s failed financial system.Parliament has convened 10 times over the past two months in a bid to elect a replacement for Michel Aoun, whose mandate as president expired at the end of October.But it is split between supporters of the powerful Iran-backed Hezbollah movement and its opponents, neither of whom have a clear majority.Summit on the cardsMacron would not be drawn on whether he supported army chief Joseph Aoun as a consensus choice for president.”I don’t want to discuss names. If there isn’t a plan and a strategy behind the name, they won’t succeed,” he said.Macron, who was speaking on his flight home from a regional summit on Iraq in Jordan, said he would work to organise a conference with a “similar format” for Lebanon in the coming weeks.He said he was “convinced” that problems in the Middle East can only be resolved “if we find a framework for discussion that includes Iran, given its influence in the region”.

This article was originally published by RIF.