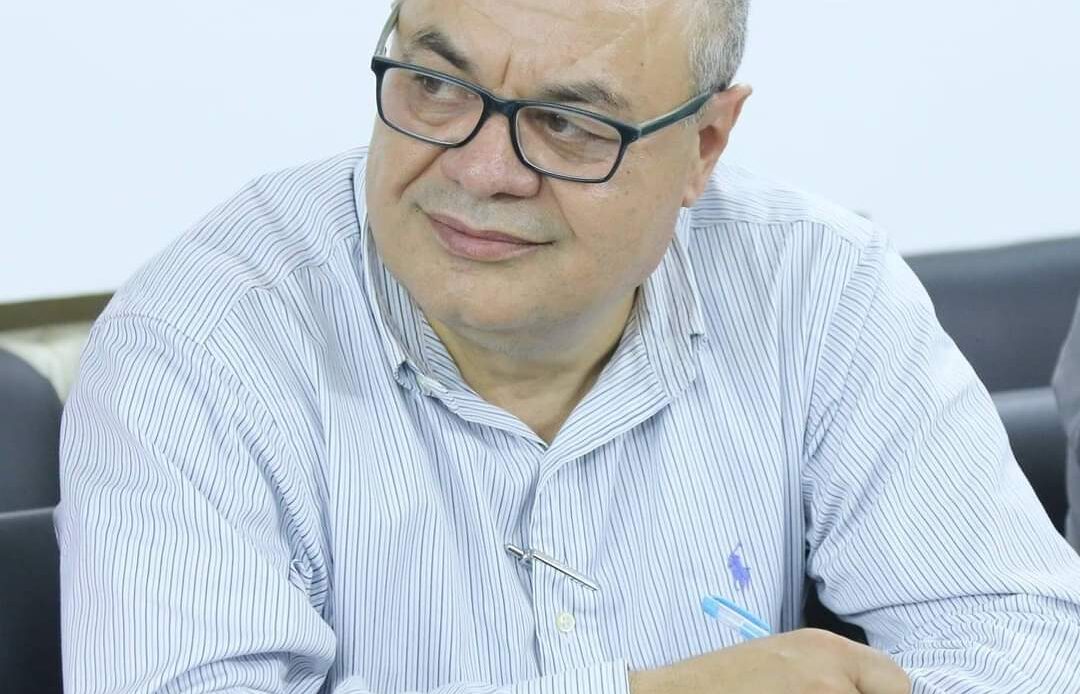 Many Syrians may have left as refugees, but the country seems very crowded.  The US-NATO attack on Syria for regime change began in 2011 and brought in outside actors: Iran, Israel, Russia, Saudi Arabia, Turkey, and the US.

The foreign ministers of Turkey, Russia and Syria are expected to meet soon to discuss the solution to the conflict.  Russia has shown it can challenge US influence in Syria and the Middle East, where old US allies are now acting independently of Washington.

Turkey is working to rebuild diplomatic, security and trade ties with Syria.  Arab states such as the UAE and Saudi Arabia are supportive of bring peace to Syria.

The YPG is a totalitarian Marxist militia and the Syrian wing of the Kurdish terrorist group PKK, which operates under the US-backed Syrian Democratic Forces (SDF).

With so many issues at stake in Syria today, Steven Sahiounie of MidEastDiscourse interviewed Dr. Ahmad Alderzi, the noted microbiologist and political activist, to gain more insight.

1.  Steven Sahiounie (SS):  The Russian Center for Negotiation in Daraa, Syria was active in concluding a security agreement in Daraa. But, we have seen continuing violence against the Syrian Arab Army (SAA), even recently. In your opinion, will we witness a military operation in southern Syria to secure Daraa?

In the Golan region, launching a resistance that disturbs the “Israeli” security supported by Iran and Hezbollah, in addition to the Jordanian and Saudi factor, who do not want Iran and Hezbollah to be present on these borders with the Golan and Jordan.  The fragile reconciliation was just for appearance, and to keep the armed groups under Russian auspices under the name of “the Eighth Brigade”, and turned a blind eye to the survival of the other groups with their individual and medium- weapons, which made these factors have a major role in southern Syria.

To maintain the state of security chaos to constitute a barrier against fears of the expansion of Iranian influence, in addition to the Russian factor, which is working to formulate a new regional order for contradictory and conflicting regional powers, including “Israel” that allows Russia to be a guarantor reference for all.

However, the Russian position began to shift after the war in Ukraine, and its relations developed rapidly with Iran to something like a security, military, and economic partnership, and its reflection on the relationship between them in Syria, which prompted those factors. The United States moved in the southern Syrian region and started working on connecting the Al-Tanf region with the regions of Al-Suwayda, Daraa, and Quneitra in a way that can isolate these areas from the partial control of Damascus over it. Therefore, a major military operation in southern Syria is linked to the level of progress of what the US is planning to do, although it is more likely to focus on the regions of northern Syria after the tripartite meeting in Tehran on July 19 of last year.

2. SS: Recently the defense ministers of Russia, Turkey, and Syria meet in Moscow. In your opinion will that meeting have concrete results?

AA: If we look at the nature of the historical and geographical relationship between what remains of Syria, the Levant, and Turkey, the Anatolian plateau importance of geography, history, and the nature of the successive crises in the two countries, the options available between them will force them to walk towards the middle of the road, and push them towards thinking outside the box. Here comes the importance of the meeting between the three defense ministers of Russia, Syria and Turkey, and it comes within the framework of the great international conflict, and the reshaping of the West Asian region, which pushes the Americans to get out of northeastern Syria. We only have to look at the event as a result of the tripartite meeting in Tehran, the sponsor of countries meeting.

Astana which is the other side of the Eurasian project which is based on its three pillars, which are the three countries. This imposes itself on Syria and Turkey with issues that push towards a political solution to the ongoing war in Syria, which is about to enter its thirteenth year in a few months.  The results will begin at the security and military levels, and proceed to political and economic levels.

3. SS:  The Russian president has a good reputation with both Syrian President Bashar al-Assad and Saudi Crown Prince Mohammed bin Salman. In your opinion, will Russia encourage the reform of the relationship between Damascus and Riyadh?

AA:  Since 2013, President Putin has moved to work to persuade Saudi Arabia to get out of the war in Syria. Foreign Minister Lavrov’s visit to Saudi Arabia was to clarify the security risks to the region due to the possibility of the collapse of the Syrian state, and its repercussions on the geographical maps of the entire region.

The situation was different after the advent of Crown Prince Mohammed bin Salman to the center of Saudi decision-making, who invested in the American retreat in West Asia, expanding the margin of freedom of movement for Saudi Arabia, especially after Donald Trump lost the US presidential elections, and the Democrats returned to gripping the joints of American political decision-making.

The data confirms that the Saudis want to return to the relationship with Syria.

This is what prompted the Bahrainis to open their embassy in Damascus, but the obstacles to their return are still continuing until now, as they demand the exit of Iran from Syria which they consider a threat to their regional role through their support for the resistance movements in Palestine, Lebanon, and Yemen. They also suffer from a dilemma: their war in Yemen, which constitutes a security threat to them especially with regard to the Saudi Plan 2030, which needs security stability that allows for this transformation and therefore, the return of relations with Syria is possible if they reach a basic conclusion that Iran is an essential part of the fabric of the region, and its exclusion is not possible. By virtue of its geopolitical weight and that the relationship with Israel cannot serve Saudi Arabia with anything, especially at the level of balancing the Iranian role.

Israel with its new extremist face after Netanyahu’s victory, and his alliance with Ben Gvir, constitutes a burden on the Saudi bets, and the last good thing is their conviction that has begun to form of their inability to win in Yemen, and defeat is close, and this is what prompted them to search for a way out, to withdraw in exchange for Yemeni security guarantees.

4. SS:   Syria and Turkey have a common interest in returning northeastern Syria to the Syrian government. In your opinion, can Russia play a role in this?

AA:  The matter for Russia is very vital as there are a group of factors pushing Russia to return northeastern Syria to the Syrian government, as it needs to prove that its foreign policies depend on fulfilling its legal and moral obligations towards states not dismantling states, but rather restoring the sovereignty of their governments over all of their lands, and this is what it expressed. By answering to the Syrian government’s call for military intervention in Syria, and on the other hand it seeks to secure the YPG, the Kurdish militia.

Those who supported them before the collapse of the Soviet Union by abandoning the protection of the Americans and providing a safe environment for their continuation. It has an interest in achieving national security for Turkey because it is certain that what the United States is working on is dismantling the region more than Britain and France did after the First World War and therefore, it is making great efforts on the level of the Syrian and Turkish states on the one hand, and on the YPG in particular, and the Syrian Kurds in general.

Russia seeks to find a political solution that gives the Syrian state the restoration of control over the region, the removal of Turkish national security concerns, and making the Kurds partners in the political solution, in exchange for their giving up arms, and breaking their alliance with the Americans.  This will play a key role in restoring the regions of northeastern Syria.

AA:  One of the outcomes of the tripartite meeting of the Tehran Summit, which I mentioned earlier, is related to the common threat to the survival of the American forces in northeastern Syria against the three countries, in addition to Syria, and depriving it of its lands and wealth.  It was agreed that the American forces should leave it, and the matter requires a Syrian-Turkish reconciliation.  It also requires the YPG to disengage from their association with the Americans, and the second option is the passage of the SAA, and its allies, to the areas east of the Euphrates.

Reaching the alignment of the Americans, by neutralizing the SDF, by imposing a fait accompli, without a clash. If it understands its risks, but if it does not accept, then a clash with it will be inevitable, and with the support of the Russian aviation.  I believe that this process is postponed because of two factors: the first is, the necessity of quick action on the Syrian-Turkish reconciliation, on and the second, is to continue the attempts with the YPG to return to the Syrian state with gains, which will be determined through negotiations between them and Damascus, which if successful will push the Americans out of the region.