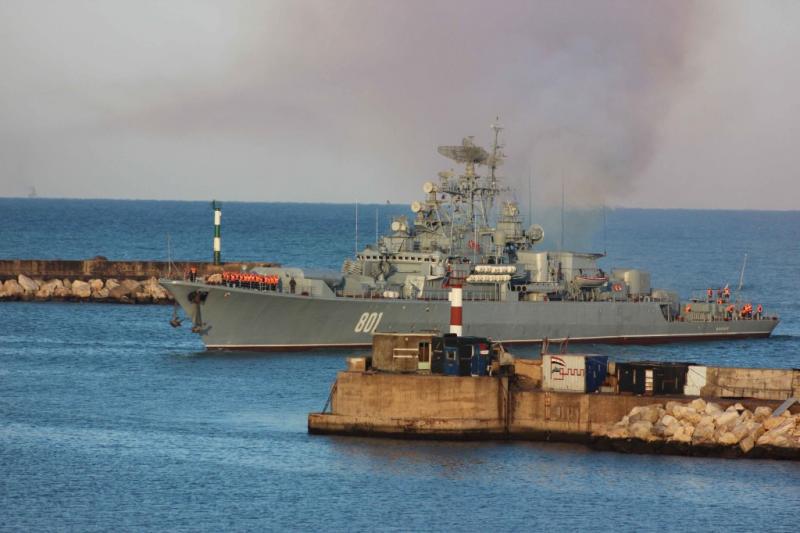 The sides summed up progress on implementation of previous agreements and discussed the issues of further trade and economic cooperation aimed at revival of the Syrian industry, public housing and key infrastructure facilities in the first place. The protocol of intent on reconstruction of currently-producing and development of new hydrocarbons fields, Russian capital investments in restoration of ruined and construction of new manufacturing plants, expansion of airfield network and mutual trade turnover has been signed.

The signing of documents to further upgrade and bolster the sustainment center of the Russian Navy in the Syrian seaport of Tartus has become a momentous decision. By the end of this year, the works on deepening and refitting of the new berth have been completed in the port, which allows accepting up to 11 large-capacity vessels with displacement of water exceeding 10,000 tonnes. With a nuclear power facility, among others.

Large-scale works have been done to construct berthing facilities, ensure self-generated power supply, warehouses for storing fuels and lubricants and military equipment. Existing access routes have been revamped, and new ones have been built.

Over 6,000 Syrian specialists and laborers, around 500 Russians were involved in the works.

A raft of measures has been carried out on further provision of security in the sustainment center as S-400 Triumph air defense system, missile coastal defense division and the Smerch multiple launch rocket systems division have been put on permanent combat duty. Far outpost lines have also been fortified.

The plans on further renovation of the sustainment center imply that the construction of a number of other defense facilities will continue, which particularly envisions expansion and upgrading of a ship repair facility, as well as a large-scale construction project to build a shipbuilding facility as requested by the Syrian side. In 2019, Russian and Syrian specialists are to pin down the manufacturing facility location, conduct surveying and land clearing, draft design and engineering papers.

The construction of a closed military camp for families of Russian servicemen employed at facilities and warships of the sustainment center of the Russian Navy in Tartus is planned to be launched next year. The Syrian government has allocated required land for that purpose.

A potential overhaul of railroad tracks along the Mediterranean coast that will connect Tartus and Hmeimim, is also under consideration.

According to the Syrian side’s baseline projections, around 10,000 Syrian specialists and laborers will be involved in renovation and construction of military and civil facilities in the Tartus region. Tartus and adjacent territories are considered the calmest, safest and most attractive area for people in Syria.

Libyan military analysts suggest that further efforts to beef up Russia’s military presence in the Tartus region will boost security not only in Syria, but in the whole region, including Lebanon, Iraq and Iran.

Previous ArticleAnti-Iranian sanctions: Eurasian aspect Moscow and Beijing ready to continue economic cooperation with Iran
Next Article “Homeland of the Jews” partners with “Homeland of the Kurds” in the oil smuggling business Stolen Syrian oil makes for profits and commissions