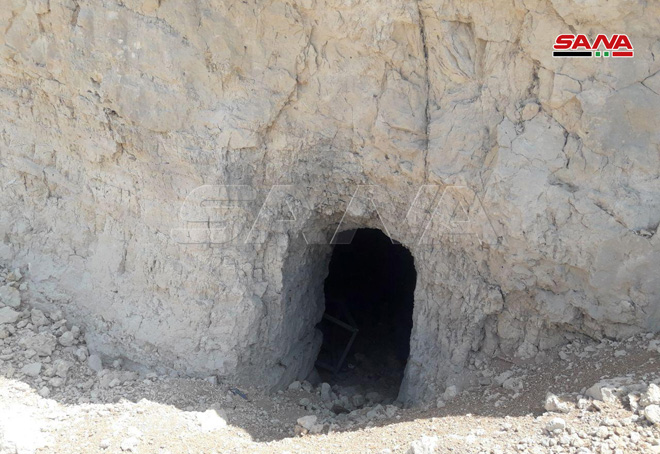 Army uncovers tunnels and fortifications for terrorists in Hama countryside

Syrian Arab Army units uncovered a network of tunnels and fortifications in Hesraya farms that terrorists had been using to move, store weapons and ammo, and attack nearby areas prior to their defeat.

army engineering units found the tunnels and fortifications while canvassing farmlands in Hesraya village in Hama’s northwestern countryside, and that the tunnels had been dug using equipment made in Turkey, and they contained ammo and shells of various types.

Hesraya is located northeast of al-Jebeen and Tal Mileh villages, which the Syrian Arab Army had established control over last week.