Home Politics Middle East Mixed messages out of Idlib: US, Russia, and Turkey at cross purposes 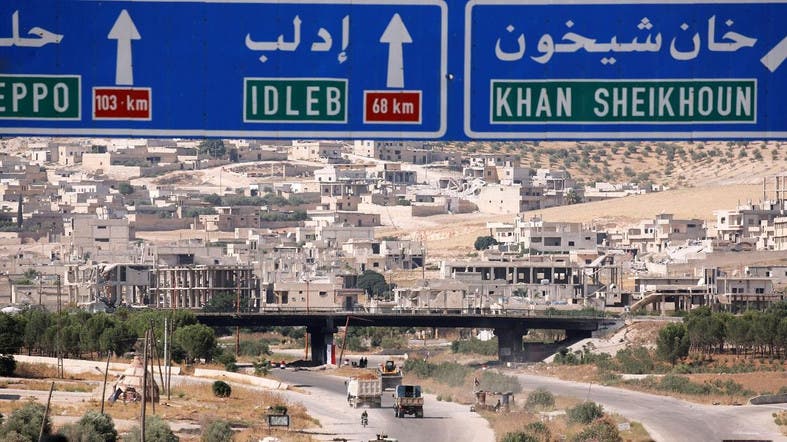 Within hours of an announced ceasefire in Idlib, the US launched an attack there, which undermines the effort to end the fighting in Idlib, violates agreements, and threatens the safety of Russian and Turkish military in the area because of the US failure to notify them of the attacks, according to senior Russian lawmaker Konstantin Kosachev, who said, “The US airstrike on the de-escalation zone in Syria’s Idlib … was delivered in order to, first of all, show that Washington is not planning to reckon with anyone else and second, that it keeps an active role in the Syrian process,”

Idlib is an agricultural area in the north-west of Syria, lying between Latakia and Aleppo.  It has never been highly populated and is best known for olives and olive oil.  When the Al Qaeda affiliate in Syria occupied the area much of the local population fled to safer areas, instead of living under brutal Jihadist rule and Islamic law, which had been unthinkable in secular Syria.  Over the years negotiated evacuations were made across conflict zones and those Jihadists who were not Syrians, or who did not want to resume a normal life in Syria by laying down their arms, were allowed to be bused to Idlib. Only 10% of those living in Idlib today are from the area originally, and many do not speak Arabic and are not Syrians and many are not even Arabs.  The common thread is Jihad and Radical Islamic ideology.

The Syrian government has urged Turkey to withdraw its forces from Idlib.  “Erdogan will be forced to leave Syrian land,” said Bouthaina Shaaban, an adviser to President Assad told Syrian media.  Idlib became a de-escalation zone in September 2018 after a Turkish-Russian deal was struck, but it was never implemented because of the failure of Turkey to deliver on the agreed conditions, which were to separate the Jihadists from the armed opposition.  Turkey has been backing the Jihadists and the armed opposition.

Turkish President Recep Tayyip Erdogan met with President Putin in Moscow in late August to discuss the rapid advances of the Syrian Arab Army in Idlib, which posed a threat to the Turkish Army and their Jihadist allies Al Qaeda in Idlib.  President Putin offered him ice cream at the MAKS air show, and possibly that was all Pres. Erdogan received from the visit. Pres. Erdogan has anointed himself as the global leader of the Muslim Brotherhood, which calls for Jihad and follows Radical Islamic ideology.

US TV media in Idlib August 29

CBS News correspondent Holly Williams was reporting from Idlib that the civilians were pleading to the US to help stop the bombing. Even though Syria has no dress-code for women, and western clothes are routinely worn across the nation, Holly Williams donned a Jihadist costume.  Professional journalists in Syria do not wear Jihadist fashions.  Her choice of a costume was an attempt to sell the American viewers on the notion that Jihadists are normal in Syria, and should be accepted.  Her article included the hysterical plea from a woman, “We are getting killed every day.  Mr. Trump, please, please stop this!”

A one-sided ceasefire was announced by the Syrian government and Buthaina Shaaban said that it was a temporary measure and part of the strategy of liberating all Syrian territory.

US airstrikes on Idlib August 31

Lieutenant Colonel Earl Brown, a spokesman for the US Central Command said US forces had targeted a meeting of Al Qaeda affiliates in Idlib, while they were planning to destabilize the country, and have threatened US citizens, partners, and innocent civilians.  He said north-west Syria is a ‘safe-haven’ for Al Qaeda, and the US will continue to target them. The airstrikes killed 40 people, including Jihadist leaders near the town of Maarat Misrin in Idlib province.

Al Qaeda is an umbrella term, which encompasses Hurras al-Deen, Ansar al-Tawhid, and Hayat Tahir al-Sham (HTS), all of which operate in Idlib. On July 1 the U.S. carried out an airstrike on Hurras al-Deen in north-west Syria.  The group was founded in February 2018 and has about 1,800 fighters, including foreigners.  Most of Idlib and some portions of Aleppo and Latakia provinces are under the armed occupation of HTS.  The Free Syrian Army which was the armed opposition in Syria from 2011 failed militarily due to lack of popular support, and after inviting Al Qaeda to invade Syria as their ‘brothers-in-arms’, they were extinguished and all that remained were Al Qaeda factions.