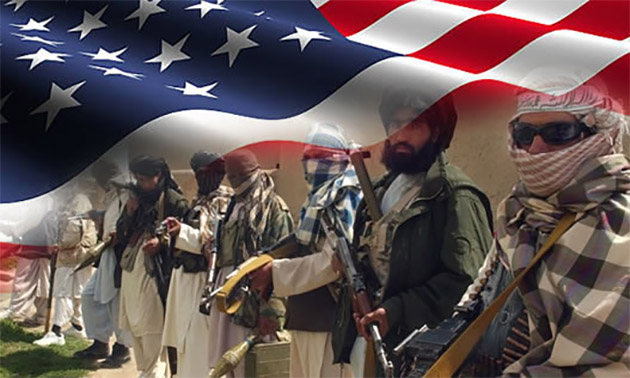 The tentative peace deal that the US is negotiating with the Taliban would redefine the regional balance of power if it’s officially promulgated, thus continuing the ongoing trend of Great Power realignment in Eurasia.

It’s been widely reported that the tentative peace deal that the US is negotiating with the Taliban will see the removal of 5,000 American troops from Afghanistan and the closure of five military bases (at least in the first phase) in exchange for the armed group (formally recognized as terrorists by Russia and many other countries) promising not to allow their territory to be used by international terrorists such as Daesh. Should this pact be officially promulgated, then it would redefine the regional balance of power and continue the ongoing trend of Great Power realignment in Eurasia. Before analyzing the implications of this possible move, it must first be pointed out that there’s supposedly significant opposition to the agreement within the American government itself, with Time reporting that Pompeo refused to sign it because of concerns that he has that it would legitimize the Taliban as a US-recognized political force in the country despite the organization declining to bestow the same recognition on the Kabul government that they’ve sworn to overthrow.

It’s unclear whether Pompeo’s concerns are sincere or if they’re just self-interested political positioning ahead of his possible candidacy in the 2024 elections in the event that the full US military withdrawal that it’ll likely eventually lead to is as destabilizing for Afghanistan as Obama’s one from Iraq was and he wants to distance himself from it in advance. Another detail that deserves mentioning is that former Secretary of Defense Mattis recently revealed in his memoirs that he regards Pakistan as the “most dangerous country” in the world, even though the global pivot state greatly facilitated the progress that’s been made thus far on brokering peace in Afghanistan and its leader was warmly received by Trump over the summer. The US’ “deep state” divisions had previously been between its diplomatic and military wings yet now it appears as though they’re on the same page in opposition to the President’s peace push, but Trump’s “going rogue” to get it done anyhow, likely emboldened per his style to think that he must be doing something right if he’s received this much pushback.

If Trump signs the deal and it expectedly receives important endorsements from regional powers like Russia, China, Pakistan, and Iran (all of which and others the Taliban expect to serve as “international witnesses” to the accord), then he can have the “face-saving” pretext necessary to withdraw his troops even further and pass his decision off as a necessary one in the interests of peace, which he hopes will help him extricate his country from this ultra-expensive but ultimately failed campaign and therefore possible win re-election next year. He’s also on record as saying that more immediate stakeholders such as India, Pakistan, Russia, Afghanistan (meant in this context to be the Kabul government), Iran, Iraq, and Turkey will probably have to intervene in the US’ wake in order to ensure that Daesh doesn’t take advantage of the situation, which can be interpreted either as a pragmatic admission of America’s defeat in this seemingly never-ending war or a Machiavellian maneuver to embroil his rivals in this quagmire.

Whatever his true intentions may be, going forward with the tentative Taliban peace deal would radically change the regional balance of power. The armed group would likely take over Kabul sooner than leader and officially return to power, thus reducing the effectiveness of India’s exploitation of the country as a springboard for carrying out its Hybrid War on CPEC and therefore enabling Pakistan to concentrate more of its military-strategic focus on defending its eastern border. Nevertheless, Indian influence might not be totally removed from Afghanistan in the scenario of a Taliban takeover because Russia has some sway over the group after hosting it for peace talks several times and its Foreign Minister recently said that Moscow is closely coordinating with its new global partners in New Delhi on this matter, so its possible that they might join forces to dangle the carrot of sustainable economic development through an eastern branch of their jointly pioneered North-South Transport Corridor (NSTC) in order to retain some Indian influence in the country.

India brazenly defied the US’ CAATSA sanctions threats this week by agreeing to jointly producemilitary equipment with Russia on top of proceeding apace with its deal to purchase the S-400s, and the Vladivostok-Chennai Maritime Corridor that they’re creating will have serious security implications for China if it’s accompanied by a forthcoming logistics pact that sees the Indian navy regularly patrolling this future trade route that traverses through the South China Sea and up China’s eastern coast. While Russia and India maintain that their bilateral relations aren’t aimed against any third parties, it might have been the case that their game-changing moves were predicated on the belief that it’s necessary to preemptively “balance” the predictable expansion of Chinese-Pakistani influence in Afghanistan following the eventual American withdrawal that would thus secure CPEC and correspondingly place India at a major strategic disadvantage given its refusal to accept the Belt & Road Initiative‘s (BRI) flagship project due to its maximalist approach towards the Kashmir Conflict.

As the cliched saying goes, “every action has an equal and opposite reaction”, and Russia’s “proactive balancing” with India against China and Pakistan is no different, likely resulting in the counter-response of China doubling down on its commitment to CPEC and Pakistan opening the doors for its partner to “counter-balance” India in Afghanistan as well. In addition, the US might interestingly gravitate closer to Pakistan too out of desire to “balance” the de-facto Russian-Indian alliance after New Delhi defied Washington’s CAATSA sanctions threats, which could curiously put the US and China on the same page regarding the need to support the global pivot state. The world’s superpowers might thus be in tacit agreement over this geostrategic necessity even if they remain at odds over their so-called “trade war“, but should their economic disagreements eventually be overcome, then it can’t be discounted that they might even coordinate their efforts in this respect. As such, it’s clear that the regional balance of power will definitely be redefined if the US-Taliban peace deal succeeds.