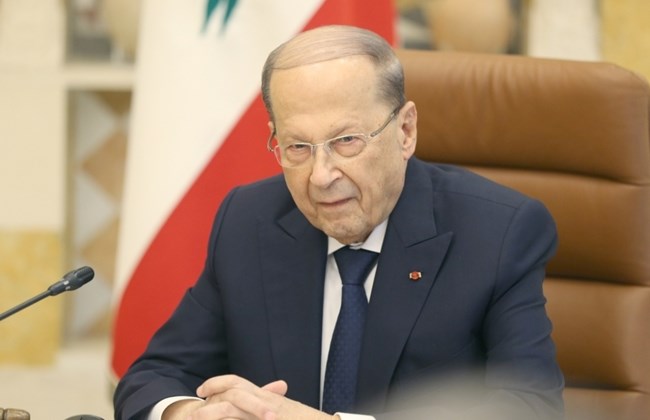 Lebanese President Michel Aoun is reportedly mulling over paying an official visit to Damascus to push for the repatriation of Syrian refugees, whose presence has worsened the already dilapidated civic infrastructure in Lebanon and placed a burden on the country’s public finances.

According to a report published by the Beirut-based and Arabic-language daily newspaper Ad-Diyar on Friday, Aoun has hinted at the possibility of raising the level of contacts with the Syrian leadership in order to coordinate the return of Syrian refugees more effectively.

The report added that the Lebanese president is weighing two options: either to make an official visit to Syria, or send Foreign Minister Gebran Bassil to meet with high-ranking Syrian officials.

Ad-Diyar further noted that French officials have warned Aoun against making such a trip as it would have dire consequences for his political career, and would not produce the desired outcome because the return of displaced Syrian families requires a great deal of money, which the incumbent Damascus government cannot afford, and moreover the United Nations is supporting Washington’s plan to keep Syrian refugees in their host countries.

Addressing the 74th session of the United Nations General Assembly in New York on Wednesday, Aoun called on world leaders to work on safe return of Syrian refugees, stressing that addressing the issue is “not the sole responsibility of Lebanon.”

He said the Beirut government may undertake return process in agreement with the incumbent Damascus administration, when needed, to solve this dilemma which threatens Lebanon’s our entity and existence.

More than one million Syrian refugees are registered with the United Nations High Commissioner for Refugees (UNHCR) in Lebanon.

The Beirut government estimates that the true number of Syrians in Lebanon stands at 1.5 million.

In February, Lebanon’s minister of state for displaced affairs said his country would stick primarily to a Russian strategy for the return of Syrian refugees to their homeland.

The strategy to help Syrian refugees go back to their homes was drawn up following a meeting between US President Donald Trump and his Russian counterpart Vladimir Putin in the Finnish capital city of Helsinki on July 16, 2018.

It specifies about 76 residential neighborhoods in Syria’s central provinces of Homs and Hama, the northwestern province of Idlib as well as Damascus to enable the return of 360,000 Syrian refugees as a first step.

The strategy also entails the rehabilitation of houses in the mentioned areas, which would allow the return of 500,000 more Syrian refugees within two years.