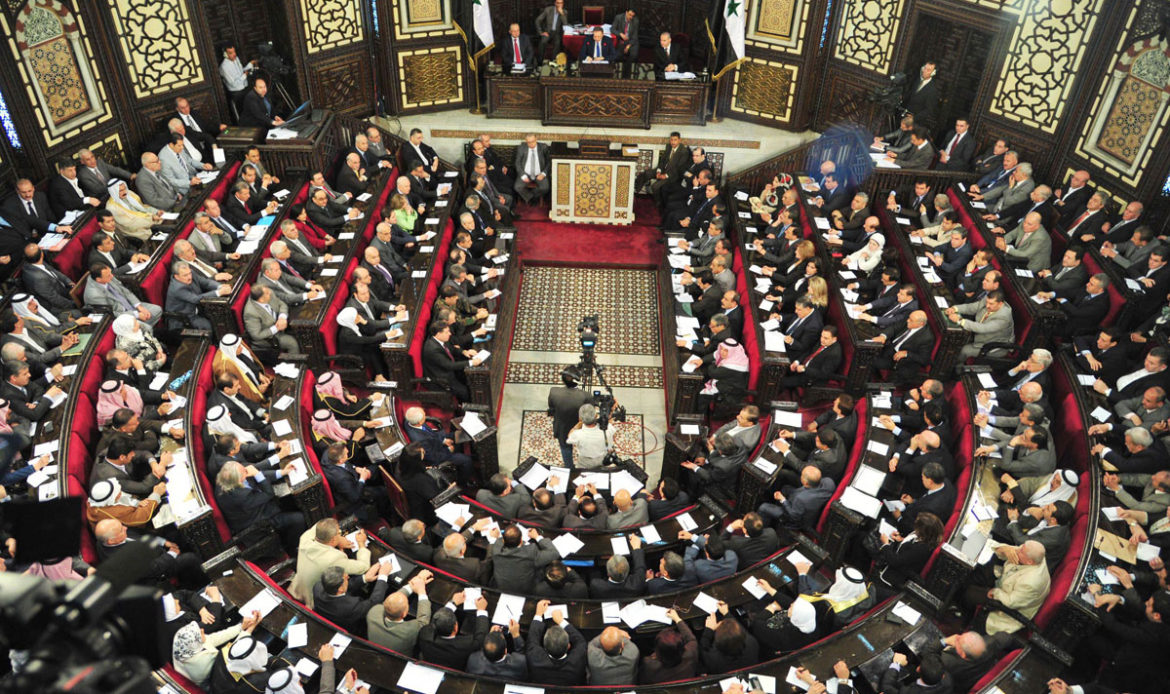 After an 8 year conflict, which has killed over 400,000 people and displaced millions more, Syria cannot return to a pre-2011 system. The task ahead is to find a balance of compromise that may form a new social contract between the government and society.

UN Resolution 2254 offers guidelines for the opposing sides.  Forming a constitutional drafting committee is the first step toward a peaceful transition, which was proposed at a Russian-hosted Syrian peace conference in January 2018; however, it has taken until September 2019 to agree on the names of the 150-member committee, which is due to meet for the first time in Geneva on October 30.

The Constitution of the Syrian Arab Republic was adopted on 26 February 2012 and prohibits any political activity or political parties based on religious, sectarian, racial, regional, class-based, professional, or gender discrimination. The Constitution guarantees the protection of cultural diversity of all classes and groups of the Syrian society, and provisions on political rights and freedoms have been expanded to include the citizens’ right to assemble, hold peaceful demonstrations and strikes, as well as to form public associations and independent trade unions.

Does Syria need a new constitution?

UN Secretary-General Antonio Guterres has hailed the committee as the first step toward finding a political solution. Damascus has sought to amend the current constitution, while the opposition has demanded the drafting of a new one. Experts have suggested a provisional constitution, which would set out the deadlines for adopting a permanent constitution, and could address issues such as the rights of refugees, displaced persons, citizenship, identification papers, the dissolution of militias, and the settlement of property disputes resulting from the conflict.

What changes are suggested for the new constitution?

Article 3 of the present constitution, which demands the President must be Muslim, was challenged by some; however, the Islamist opposition became furious. The main changes to be discussed will be concerning limiting Presidential powers and separating the judiciary, security services, and the military.  The Parliament is to be strengthened, and the composition of the Parliament may be widened. At the provincial level, the Governor is proposed to be elected, not a Presidential appointment. “We will accept no foreign intervention in the drawing-up of our constitution,” Syria’s Foreign Minister Walid Muallem said recently when meeting with UN Special Envoy for Syria, Geir Pedersen.

Who will represent the Syrian opposition?

It is impossible to define who the Syrian opposition is.  The ideology of opposition groups was morphed from mid-2011 to an Islamist-inspired rejection of the existing social and political order.  Radical Islam is a political ideology and not a religion or sect. When the mainstream media reports news from Idlib today, they typically describe the place as being the last opposition-held area in Syria; however, this is not factual because Idlib is occupied and under the armed control of the Al Qaeda affiliate in Syria, Hayat Tahir al-Sham.  The days of the ‘Free Syrian Army’, Pres. Obama’s militia is long gone after they were over-run and usurped by Al Qaeda and ISIS.  Nasr al-Hariri, former Member of Parliament from Daraa, is the head of the Syrian Negotiation Committee and lives in Saudi Arabia. Over the years, he has become known as the Syrian opposition representative, even though the majority of Syrians who are in opposition to the government in Damascus do not support Mr. Hariri, or share his opinions.  The main opposition satellite TV channel is “Orient-News” and they have been attacking him in a campaign to discredit him and his supporters.

What do the Syrian people want?

Syria’s next presidential election is due in 2021, and the UN hopes to supervise the process as the culmination of the transition to peace, which begins with the new constitution.  The US and EU sanctions are preventing the Syrian people from recovering and rebuilding. The sanctions must be lifted to ensure security and economic advancement, and are an expected result of following the UN resolution process.  Sarah, a university student, said she wants Syria to remain secular. George, a shopkeeper, said he wants the government to maintain the free services of medical care, education, and subsidizing the cost of bread. Haytham, a businessman, said he wants the bureaucratic regulations eased so that business is more efficient, and the consumers will benefit.  Nabil, a teacher, feels that the environmental protection of Syria’s resources is of prime concern.