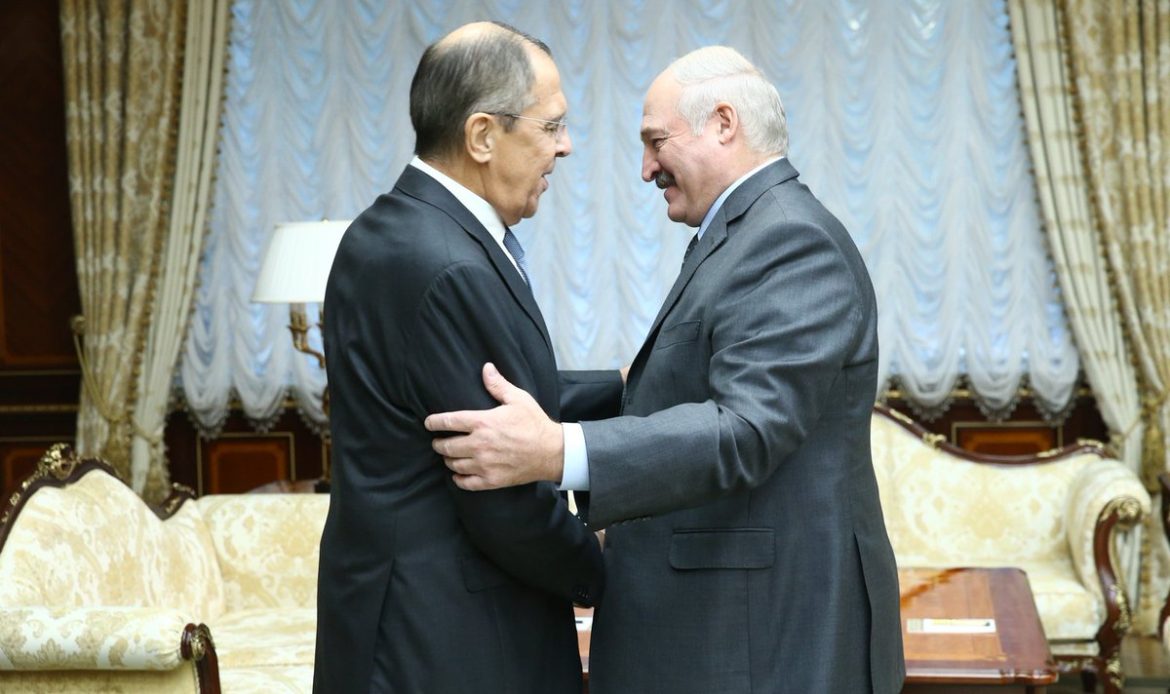 Russian Foreign Minister Lavrov and Belarusian President Lukashenko are publicly at odds over the issue of Ukraine’s federalizaton as a possible outcome of Kiev finally implementing the Minsk Accords in the event of the “New Detente” succeeding, with this serious disagreement over the future of their mutual neighbor’s domestic administrative system representing yet another geopolitical fault line between the two members of the so-called “Union State”.

Belarus has been positioning itself as the foil to its “fellow” “Union State” member Russia on key regional issues over the past year since Moscow discontinued its subsidies of Minsk’s oil imports on which the landlocked former Soviet Republic’s economy was so dependent, with this fateful decision being undertaken in response to the impact that the US’ sanctions pressure has had on the Eurasian Great Power’s ongoing systemic economic transition. Truth be told, however, Belarus was already wandering westward since 2015, but it accelerated this trend in the aftermath of Moscow’s moves at the beginning of this year, with Minsk becoming even more committed to this gradual geostrategic reorientation following the mysterious contamination of a Russian oil pipeline through its territory less than half a year ago last spring.

Belarus is indeed between a rock and a hard place after getting caught in the middle of the New Cold War, but it’s being lured further westward by the carrot of US investments in exchange for purchasing American oil as an alternative to Russian resources and therefore normalizing relations with the same country whose government once denounced President Lukahsneko as presiding over the so-called “last dictatorship in Europe”. As proverbial “icing on the cake”, Belarus might even join (whether informally or officially) the Polish-led “Three Seas Initiative” that’s sprouted up in Central Europe and aims to expand further eastward as a means of “containing” Russia in both that country and Ukraine. Still, Lukashenko insists that his government’s recent foreign policy recalibration isn’t aimed against its primary partners in Russia.

Having said that, he’s also not shying away from provoking Russia after directly contradicting practically all of its positions towards their mutual Ukrainian neighbor during a press conference on Thursday with that nation’s media. According to Belarus’ publicly funded international media outlet BelTA, Lukashenko urged Ukraine to remain a unitary state, warned against turning it into the new Yugoslavia, and even praised Western Ukrainians’ “nationalism” despite that part of the country being notorious for its Neo-Nazism, which sharply contrasts with Russian Foreign Minister Lavrov encouraging Ukraine to federalize as a possible outcome of Kiev finally implementing the Minsk Accords (the failure of which it’s been previously warned might be what triggers the Yugoslav scenario) and Moscow consistently condemning the same Western Ukrainian “nationalism” as fascism.

The timing of Lukahsneko throwing down the gauntlet on this issue is due to both his rapidly warming relations with Ukraine’s Western patrons and the possibility of a “New Detente” being brokered between the West and Russia which might ultimately lead to Kiev finally implementing the Minsk Accords among many other geopolitical outcomes elsewhere across the world. To remind the reader, that agreement stipulates that “particular districts” of Donetsk and Lugansk Oblasts (i.e. the de-facto independent ones controlled by rebel forces) should be immediately granted a “temporary order of local self-governance” prior to forthcoming constitutional reform which would lead to “decentralization” and permanently institutionalizing the said “special status” of the two aforementioned oblasts.

The Russian position is that “decentralization” should evolve to nationwide federalization in order to take into account the interests of Ukraine’s many minority groups along its periphery, though the Ukrainian and now officially the Belarusian stance as well assert that federalization shouldn’t be a fait accompli, with Lukashenko himself even saying that “It is unnecessary to dramatize the situation regarding Hungarians, Poles and other nations living in Ukraine. These are Ukrainian Hungarians, Ukrainian Poles…This is a sacred thing for me: Ukraine should be united and undivided. On this platform, in hot UN days or without them, we will build relations with our neighbors, first of all, with our Ukraine.” Not only is he against Lavrov’s federalization suggestions, but he also seems to be strongly implying that Crimea should return to Ukrainian occupation.

Lukahsneko never recognized the peninsula’s democratic reunification with Russia and is against Ukraine’s federalizaton because he appears to have bought into the West’s fake news infowar narrative that Russia might replicate the Crimean and Donbas scenarios in the parts of his country where ethnic Russians reside as possible punishment for his pro-Western leanings in recent years. Even so, his rhetoric on these issues is certainly inflammatory, especially his whitewashing of the Western Ukrainians’ Neo-Nazism that has directly led to the deaths of thousands of people in Donbas, but he’s betting that Russia won’t react in any tangible way because it’s eager to enter into a mutually beneficial so-called “economic confederacy” with Belarus. In addition, Russia wouldn’t even think of cutting off energy supplies to Belarus because of this otherwise it’ll “lose” it forever.

The end result is that Belarus’ gradual drift westward is becoming more pronounced in all spheres and its sharp rhetoric against Russia’s position towards regional issues is turning into the “new normal”. The “best” that Russia can do under these circumstances is to avoid any “missteps” that could “provoke” Belarus to further accelerate this trend in parallel with undertaking “damage control” by expanding cooperation in areas of shared interest such as the CSTO and the “economic confederation”, though being keen to recognize the limits of how far they could go so as to not make its partners feel like it’s “pressuring” them to do more than they feel “comfortable” with. It’ll be very difficult for Russian decision makers to exercise the “self-control” needed not to respond to Belarus’ provocations, but failing to do so might prove disastrous for bilateral relations.

EU Moscow putin Russia Ukraine
Previous ArticleSyrian war ending with a new constitution
Next Article Maduro Thinks Russia and Venezuela Can “Overcome Any Difficulties”, but Is He Right?