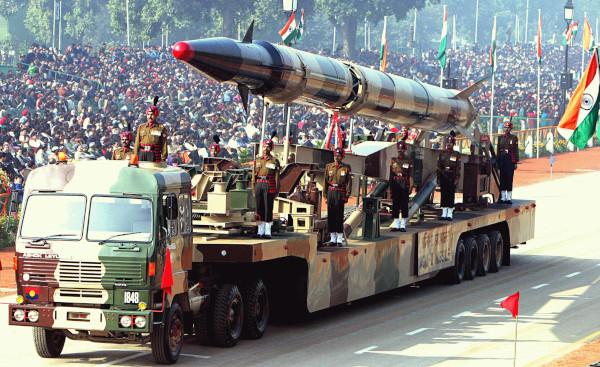 While inaugurating the first Military Medicine Conference for the Shanghai Cooperation Organisation (SCO) in New Delhi in September, Indian Defence Minister Rajnath Singh said, “Bio-terrorism is the real threat… the armed forces and their medical services will have to be at the forefront to tackle the menace.”

Singh had asked the AFMS to have a clear, effective and rehearsed protocol with respect to casualty management strategies.

Three weeks after Singh raised concerns over bio-terrorism, an Indian delegation is set to visit France for training in bio-terrorism threat management from 1 to 4 October.

The move is part of an Indo-French strategic partnership and the bilateral counter-terrorism cooperation plan between the two countries.

Welcoming the exchanges, French Ambassador to India Emmanuel Lenain has said France and India work concertedly to combat terrorism in all its forms. “This cooperation action illustrates the high degree of trust and cooperation between our police forces.”

“It will encourage the exchange of best practices and the development of a network of practitioners capable of mobilising very swiftly against a threat that is itself very fast-evolving,” he added.

They will attend an inter-ministerial exercise in the department of Yvelines, organised by the Paris Defence and Security Zone Prefecture.

It will be held in liaison with the National Civil and Military Education and Training Centre for Chemical, Biological, Radiological and Nuclear (CBRN) risks, which will actively involve several hundred personnel mainly from the intervention and rescue departments.

The delegation will also have interactions, organised with the support of Business France, with French companies specialising in the production of materials and equipment useful for crisis management.

The decision to send a high-level disaster force came amid the backdrop of Pakistan threatening nuclear war in recent months over Kashmir issue. Last week, Pakistan Prime Minister Imran Khan said that there would be a bloodbath in Kashmir once the curfew in the valley is lifted.

“When a nuclear country fights till the end, it has consequences far beyond the borders. This is a test of the UN. You are the one who guaranteed the Kashmiris the right (of self-determination). This is a time not to appease but to take action,” Khan said while delivering his speech at the UN General Assembly.