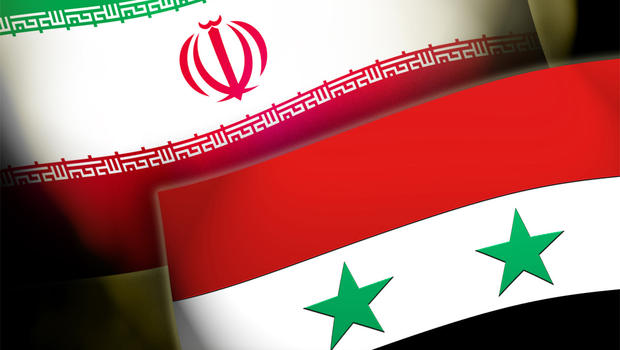 Will Iran be the Next to Withdraw from Syria?

The smoothness with which the US’ “sudden” withdrawal played out and the Pentagon’s decision not to militantly enforce the so-called “deconfliction line” along the Euphrates River after the Syrian Arab Army (SAA) triumphantly crossed it en route to protecting their new Kurdish “allies” strongly suggest that these were premeditated decisions indirectly coordinated with Russia in advance as part of the “New Detente” whereby Moscow’s reciprocal “compromise” would be in “convincing” Damascus to request Iran’s dignified but “phased withdrawal” next on the “face-saving” basis that its anti-terrorist assistance is no longer required.

Alt-Media is cheering the Syrian Arab Army’s (SAA) restoration of sovereignty over parts of the formerly US-occupied Northeast following America’s “sudden” withdrawal earlier this week, rightly believing that the kinetic phase of the nearly nine-year-long war is finally drawing to a close but prematurely celebrating what they’re convinced is the indisputably maximalist victory of President Assad over his foes without any “compromises” at all. It’s “politically incorrect” to question the narrative that this is supposedly the result of “5D chess grandmaster” Putin’s rapid judo-like response to the seemingly unforeseeable US-Turkish split over the YPG Kurds, but the “inconvenient truth” is that the smoothness with which the US’ departure from the region took place and the Pentagon’s decision not to militantly enforce the so-called “deconfliction line” along the Euphrates River after the SAA triumphantly crossed it like it unlike how it previously responded with disproportionately deadly force the last time this was attempted in February 2018 during the Disaster at Deir ez-Zor strongly suggest that these were premeditated decisions indirectly coordinated with Russia in advance as part of the “New Detente“.

Before explaining exactly why that may be and what quid pro quo it would entail on the Russian side, it’s important to clarify an “unpopular fact” that’s been largely suppressed by the Alt-Media Community since Turkey’s “Operation Peace Spring” was launched last week, which is that Russia — unlike most of the world except for the global pivot state of Pakistan — is actually in support of Ankara’s anti-terrorist actions. Lavrov reassured his country’s strategic partner at the beginning of September that its plans to jointly create a so-called ‘safe zone’ with the US were “absolutely legal” so long as they respected Syria’s territorial integrity, the latter point of which Turkey was reminded by Putin’s spokesman Peskov right after the operation began and to which Ankara agreed. Russia’s top diplomat later acknowledged that the Russian and Turkish still “maintain regular contact with each other”, which Peskov reaffirmed earlier this week after the news broke about the US’ planned withdrawal. Russian UN Representative Nebenzya even went as far as to blame the US-led coalition for Turkey’s invasion, boldly asserting that “this operation is the result of demographic engineering that some of the coalition partners did in the northeast of Syria”, while Peskov proclaimed that “We respect Turkey’s right to take measures for ensuring its security, but we expect the operation to be proportionate to the…tasks of ensuring security.”

Given these objectively existing, easily verifiable, and official statements of support for “Operation Peace Spring” by Russia, there should be no question about its position towards this campaign, thus meaning that the heavily propagated “interpretation” that Russia’s mediation of the SAA-YPG talks was somehow detrimental to Turkey’s interests is wrong. It’s true that Turkey would have preferred to have its proxies control the so-called “safe zone” instead of the SAA, but the latter are regarded by Ankara as the “lesser evil” compared to the YPG. Moreover, the argument can be made that Damascus’ restoration of sovereignty over the northern border with Turkey and the SAA’s new “alliance” with the YPG makes the Syrian government legally responsible for the actions of that armed group in the areas under its control, meaning that the Adana Agreement that Anakra based its three conventional military interventions on would be indisputably legal in any follow-up actions, thus conforming to its international interests as well as Russia’s. The author still believes that Trump sprung a trap on Turkey by purposely failing to fulfill its agreed-upon responsibility to keep the YPG away from the border in order to provoke Erdogan’s promised response in that scenario, but the outcome isn’t as bad for Ankara as it otherwise would could have been had Moscow not mediated the SAA-YPG agreement and thus prevented its strategic partner from getting stuck in a quagmire due to “mission creep”.

Back to Russia’s reciprocal “compromise” that it probably made in exchange for the preplanned US withdrawal that was just undertaken in response to the manufactured “sudden” pretext that America itself provoked from Turkey, Moscow will most likely seek to “convince” Damascus to request Iran’s dignified but “phased withdrawal” next on the “face-saving” basis that its anti-terrorist assistance is no longer required. The reason for this prediction is that Russia never made it a secret that it wants Iran to withdraw after the kinetic phase of the conflict ends, something that Tehran always said it would do if asked, whether it ever expected Damascus to actually do so or not. Putin reminded the world about this in his recent interview with Arab media (official Kremlin transcript here, key highlights here) before his trip to the Gulf when he said that “if Syria’s new legitimate government chooses to say that they have no more need for Russia’s military presence, this will be just as true for Russia. Right now, we are discussing this openly with all our partners, including Iran and Turkey. We spoke about it with our American partners many times. And I will be as open with you as I have been with my counterparts: Syria must be free from other states’ military presence.” Importantly, he also revealed that he spoke about the situation in Syria with both the Saudi and Emirati leaderships during his visits there.

These frank admissions, especially the one about the conversations that he’s had with his “partners” about their military withdrawal from Syria, convincingly makes it seem as though a large degree of the latest developments were agreed to ahead of time between the US, Russia, and possibly even Syria itself, although Moscow’s Astana “allies” in Ankara and Tehran were likely left in the dark about this the entire time. The US is already in the process of smoothly leaving Syria (not anxiously scrambling like have some misportrayed the withdrawal as being), but it didn’t militantly enforce the “deconfliction line” along the Euphrates River after the SAA crossed it in response to the YPG’s request because Washington must have already agreed with Moscow in advance to allow this to happen in exchange for Russia “convincing” Syria to subsequently request Iran’s dignified but “phased withdrawal” as well on the “face-saving” pretext that its anti-terrorist assistance is no longer required after Assad fulfilled his promise to liberate “every square inch” of Syria (except for Idlib that’s under Turkish control per the Damascus-approved Astana peace process). It’ll of course remain to be seen whether Iran really does end up leaving Syria, but if Putin secretly got Saudi Arabia and the UAE to agree to reinstate Syria to the Arab League if this happens and then contribute to its reconstruction soon thereafter (seeing as how he said in his latest interview that “it is time to get Syria back into the Arab family, to re-instate it in the Arab League”), then Damascus might have the financial incentive to finally do what’s been asked of it before Russia once again gives a wink and a nod to “Israel” to turn up the pressure in pursuit of this outcome.