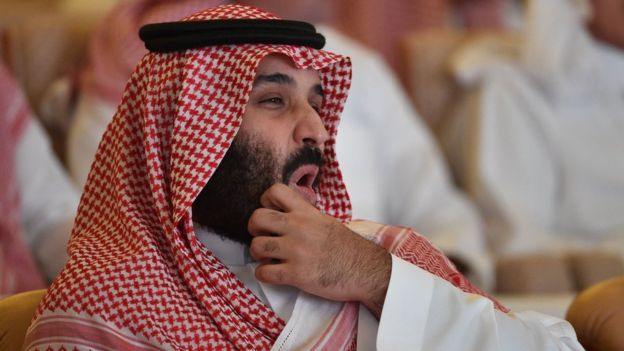 Saudi Arabia’s Crown Prince Mohammed bin Salman on Friday approved the go ahead of the initial public offering of state oil giant Aramco, which will be announced on Sunday, five sources familiar with the matter told Reuters.

The world’s top oil company will announce its intention to float on November 3, the sources told Reuters, adding that “the crown prince finally gave the green light.”

Saudi Aramco officials and advisers have held meetings with investors throughout the past few days trying to achieve as close to a $2 trillion valuation – the largest IPO in history –  as possible ahead of an expected listing launch on Sunday, according to sources. The final meeting by the Saudi government on Friday evening was to decide whether to go ahead with the listing.

To achieve $2 trillion, the largest IPO in history, Riyadh needs the initial listing of a 1%-2% stake on the Saudi stock market to raise at least $20 billion-$40 billion.

Aramco’s IPO is central for bin Salman’s initial plan to shake up the Saudi economy and diversify away from oil, yet it was delayed multiple times since it was first announced in 2016. Prince Mohammed wants to eventually list a total of 5% of the company. An international sale is expected to follow the domestic IPO.