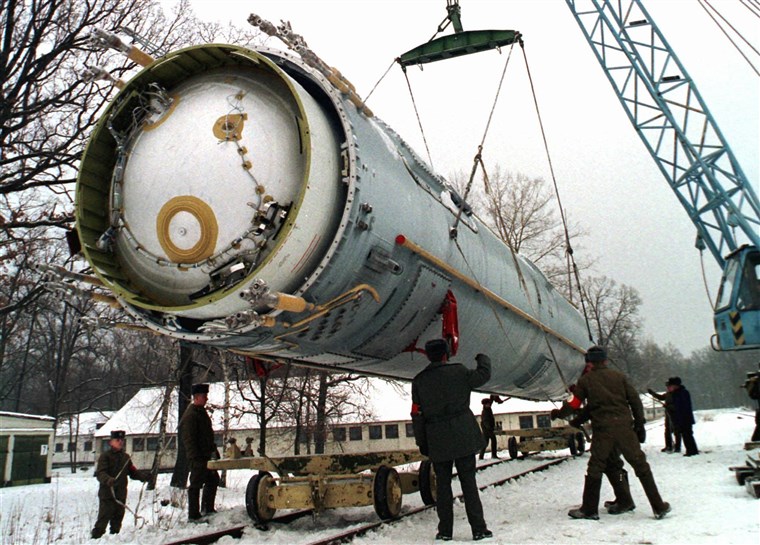 Russia’s decision to develop weapons previously banned by a now-defunct deal was only a reciprocal measure amid steps taken by Washington, Russian Foreign Minister Sergei Lavrov said at a conference on non-proliferation in Moscow.

The foreign minister stressed that NATO is making it clear that it will not agree to a moratorium on short- and intermediate-range missile deployment in Europe, Sputnik reported.

The INF Treaty, signed by the US and the Soviet Union in 1987, was terminated in August at Washington’s initiative after the country formally suspended its INF obligations six months earlier. Both countries had repeatedly accused each other of violating the deal, which banned any ground-launched ballistic and cruise missiles with ranges of 500 to 5,500 kilometers (310 to 3,417 miles).

Lavrov also stated that the United States is acting provocatively when it says that dialogue with Russia on the Strategic Arms Reduction Treaty (New START) is only possible if China joins the dialogue.

The New START, signed in 2010, is currently the only remaining arms reduction treaty between Russia and the US. While it expires in 2021, the US has not yet announced plans to extend the pact. Instead of that, it has expressed a willingness to engage China in the dialogue in order to sign a new trilateral deal. Beijing, meanwhile, has rejected the idea.

“We are extremely concerned over the situation around the future of the New START treaty, which expires in February 2021. This is the last instrument in control over the strategic offensive arms of our two countries. We have repeatedly expressed a readiness to address issues related to its possible extension,” he added.

“Under the current circumstances, the extension of the New START treaty seems to be the only way to prevent a complete degradation of strategic stability and avoid erosion of control and limitation mechanism in the area of nuclear arms and missiles, as well as win time to continue to study and work on approaches, including on new arms and technologies, and consider methods of their control,” Ryabkov stressed at the Moscow Non-Proliferation Conference.

While repeatedly raising this issue, the United States has avoided any substantive discussion, the diplomat noted.

“Besides this, Washington clearly ignores our concerns related to the US’ adherence to its commitments under the treaty and refuses to clarify its plans regarding the treaty’s extension,” Ryabkov underlined.

The diplomat underscored that the US has also suggested that the treaty should cover Russia’s new armaments.

“This is impossible without significant adjustments to the treaty’s text,” Ryabkov emphasized.

In the meantime, China has commented on a previous offer by the US to start trilateral talks on armament issues between Washington, Moscow and Beijing, stating it has no such plans, but noting that nuclear arms might be reduced to a reasonable extent.