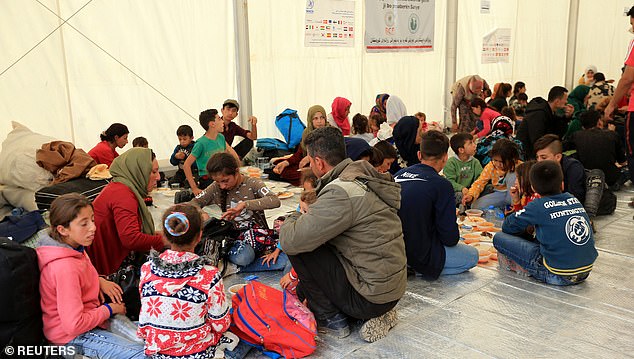 Turkey has sent more than 6,000 Syrian migrants in Istanbul to temporary housing centers in other provinces since early July, the local governor’s office said on Friday. His statement came two weeks after a deadline for Syrians not registered in the city to leave.

Authorities had given undocumented Syrians in Istanbul until October 30 to move to another province or face forced removal from the city. The Istanbul governor’s office said 6,416 unregistered Syrians were removed from Istanbul since July 12.

Turkey hosts more than 3.6 million Syrians, the largest population of Syrians displaced by an eight-year civil war. The number of Syrians in Istanbul, a city of some 15 million, has swelled to more than half a million, Reuters said.

Sentiment towards Syrian refugees in Turkey has soured in recent years. Ankara wants to settle part of them in a swathe of land it now controls in northeast Syria, as its offensive against the Kurdish YPG militia there continues.

Ankara Erdogan Istanbul Kurds SDF Syria Turkey YPG
Previous ArticleIraqi Government Says More Than 60 Security Officers on Trial Over Use of Force Against Protesters
Next Article President Assad: War in Syria to End Once Terrorism Defeated, Not After Constitution Adopted