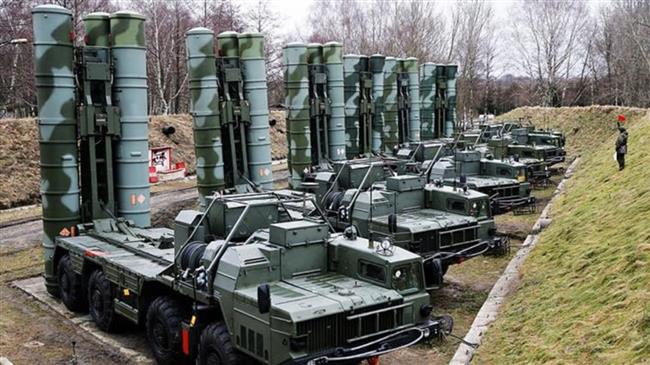 Turkey to test Russian S-400 systems despite US warnings

Turkey is set to test its Russian S-400 defense missile system despite repeated warnings from Washington that it could lead to sanctions, Turkish media report.

Broadcaster CNN Turk cited the governor’s office in the capital Ankara as saying on Sunday that the Turkish military planes, including F-16 fighter jets, would conduct low- and high-altitude flights over the city on Monday and Tuesday as part of “anti-air defense system tests.”

Ankara began receiving the S-400s from Russia last July but they are not yet operational.

The two countries finalized an agreement on the delivery of the S-400 missile systems in late 2017. So far, Turkey has received two batteries of the advanced Russian-made systems and the deliveries are set to continue through April 2020.

The S-400 entered service with the Russian army in 2007 and is considered Russia’s most advanced long-range anti-aircraft missile system.

Capable of engaging targets at a distance of 400 kilometers and at an altitude of up to 30 kilometers, the missile system can destroy aircraft as well as cruise and ballistic missiles. It can also be used against land-based targets.

Turkey and the United States have been at loggerheads over Ankara’s purchase of the Russian systems, which the US alleges are not compatible with the military hardware owned by the other member states of NATO.

Washington also alleges that the systems pose a threat to American Lockheed Martin F-35 stealth fighter jets, which were to be jointly produced in Turkey. That production was canceled by the White House over Ankara’s purchase of the Russian-made air defense system.

Turkey seeks to boost its air defense, particularly after Washington decided in 2015 to withdraw its Patriot surface-to-air missile system from Turkish border with Syria.

Turkish Foreign Minister Mevlut Cavusglu has said that S-400 missile systems would be activated despite repeated US warnings.