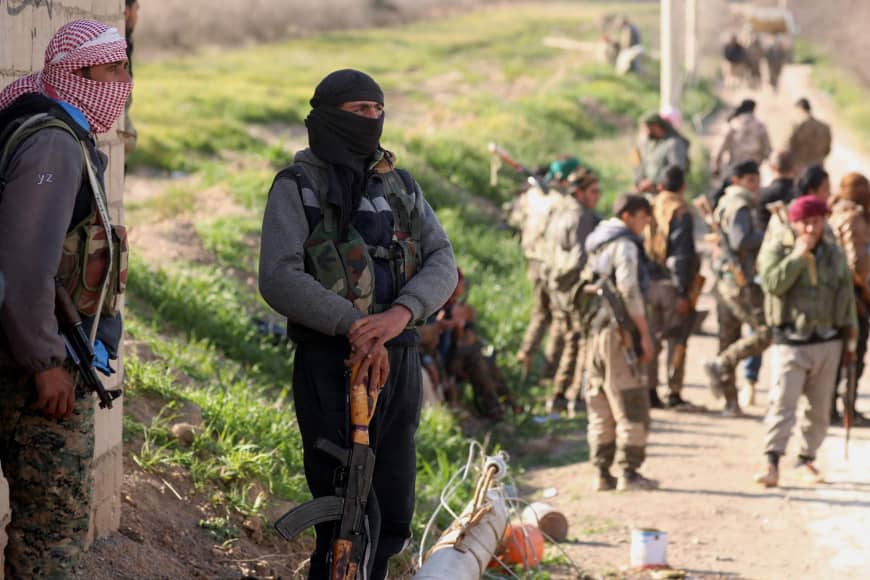 Turkey-backed terrorist groups continue to steal and plunder the property of local residents on the outskirts of the Kurdish town of Ra’s al-Ayn in the northeastern Syrian province of Hasakah, state media report.

Syria’s official news agency SANA said on Monday that the groups stole the equipment of irrigation wells, fuel, and farming tools in the village of Tal Mohammad east of Ra’s al-Ayn.

“The terrorists driving Turkish cars stormed dozens of houses and pillaged crops and furniture in a number of villages and towns in Ra’s al-Ayn countryside,” SANA said.

Turkish ‘occupation’ forces, as SANA reported, were attempting to recruit young local men to “fight alongside their mercenaries either at gunpoint or by tempting … with money.”

The official Syrian news agency said the Turkish-backed terrorists had also carried out excavations and desecrated a shrine located between the villages of Joqa and Kukan in the countryside of Afrin in the northwestern city of Aleppo.

The terrorists searched for archeological artifacts to smuggle and sell in Turkey, with local sources saying they had transported a number of bags from the excavation sites to Afrin.

On October 9, Turkish military forces and Ankara-backed militants launched a long-threatened cross-border invasion of northeastern Syria in a declared attempt to push YPG Kurdish militants away from border areas.

On October 22, Russian President Vladimir Putin and his Turkish counterpart Recep Tayyip Erdogan signed a memorandum of understanding that asserted YPG militants had to withdraw from the Turkish-controlled “safe zone” in northeastern Syria within 150 hours, after which Ankara and Moscow would run joint patrols around the area.

The Kurdish-led administration in northeastern Syria says the Turkish offensive has killed 218 civilians, including 18 children, since its outset.

Ankara has threatened to launch another military operation in the swathe of land bordering Turkey unless the pullout of Kurdish forces from the area is completed.

Ankara wants to see a 32-kilometer “safe zone” established in northeastern Syria which is clear of Kurdish militants and where it can relocate a great percentage of the more than three million Syrian refugees living in Turkey.

In a relevant development on Monday, the American Herald Tribune newspaper revealed that terrorist groups affiliated with Turkey had stolen a famous basalt lion statue from Ain Dara archeological site in Afrin.

The newspaper said comparing aerial photos taken in 2018 and 2019 showed the statue was no longer in its location and indeed missing.

“The only side that could have removed it are the militants affiliated with Turkey, as they are present in the area and the large statue could only have been moved from its original location using special machinery,” the paper quoted local sources in Afrin as saying.

The Ain Dara site, which is renowned for its basalt sculptures, was discovered in 1982 and is one of the most important archeological sites in Syria.