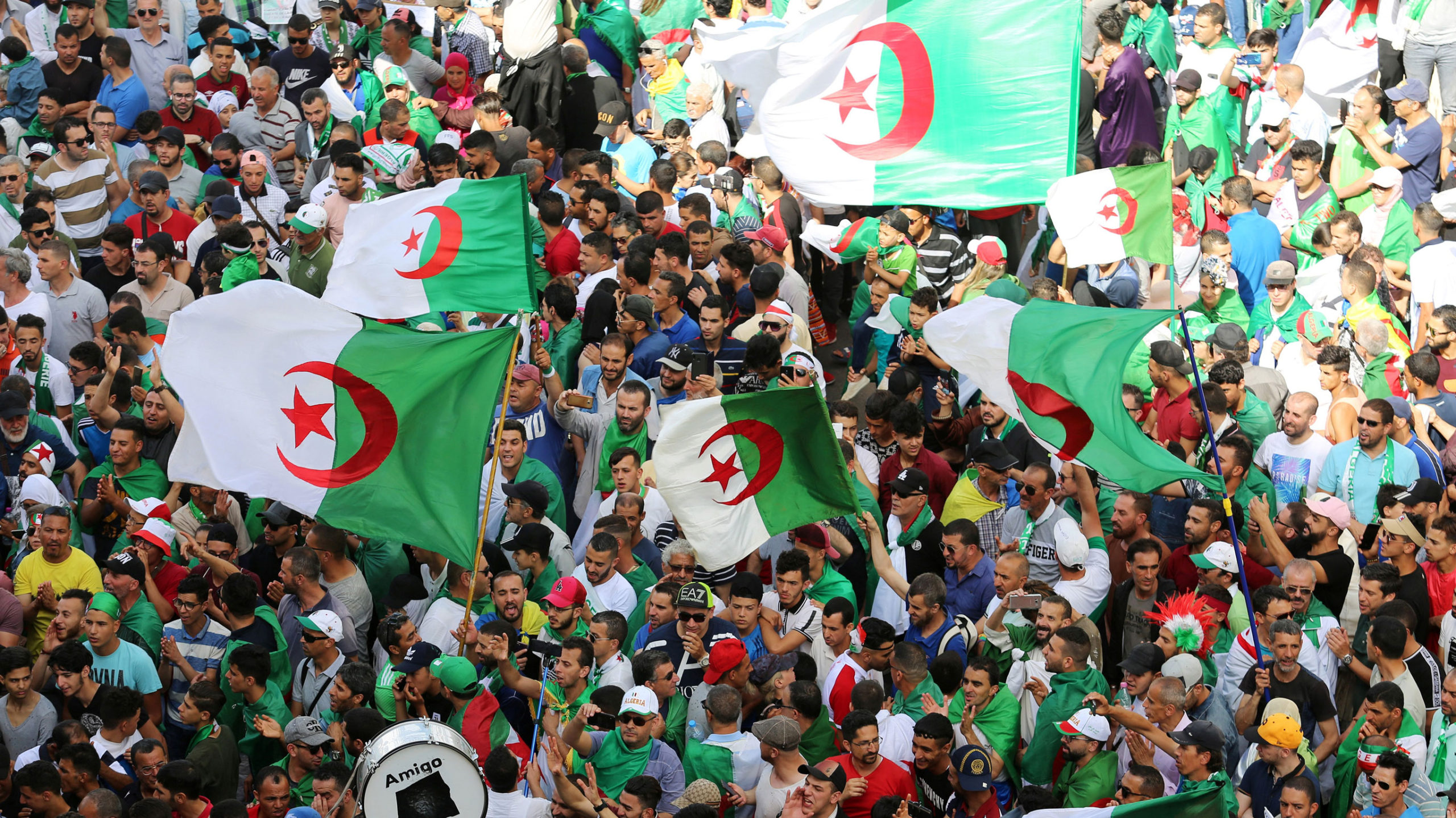 Students, teachers and other demonstrators have rallied in their thousands in Algeria’s capital on Tuesday against the newly-elected president, rejecting his offer of dialog with a months-old protest movement.

Abdelmadjid Tebboune won 58.1 percent of the vote in Thursday’s election, according to official results, and on Friday said he was ready for talks to “build a new Algeria.”

But protesters, long opposed to an election they saw as a ploy by the establishment to consolidate power after ailing president Abdelaziz Bouteflika resigned under popular pressure in April, remained defiant.

Shouts of “The election was fixed! It wasn’t legitimate! The march will continue!” filled the air in Algiers during the first weekly rally since the poll, an AFP journalist said.

Security forces were heavily deployed, but there were no confrontations between them and demonstrators.

“Tebboune will not govern us!” protesters shouted, vowing to keep the poll winner from taking up residence at the presidential palace.

He is set to be sworn in during a ceremony in Algiers on Thursday, the presidency said.

The protest movement has rocked Algeria since February, initially demanding Bouteflika step down then pushing for the remnants of his regime to make way for new, independent institutions.

Turnout in the election was 39.9 percent, according to the constitutional council.

All five candidates had links to Bouteflika, who ruled for two decades despite suffering a debilitating stroke in 2013.

Protesters, who have rallied every week since February to demand far-reaching reforms, staged particularly large demonstrations to mark the vote, with tens of thousands flooding the streets of Algiers.

“The toll is still provisional, but there are about ten injured,” stated Said Salhi, deputy head of the Algerian League for the Defense of Human Rights (LADDH), referring to events that took place on December 11-12 in various cities outside Algiers.

“Some are still hospitalized… and some have lost their eyes for good.”

Most of the incidents took place in areas where protesters clashed with security forces, such as the Berber-majority Kabylie region, where the unrest disrupted voting.