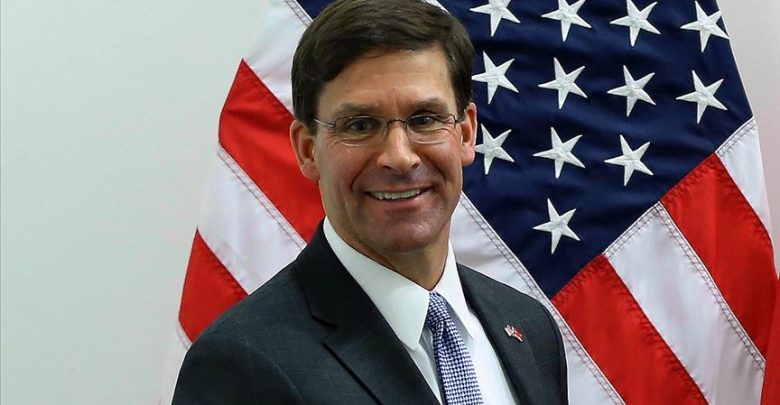 US Defence Secretary Mark Esper told reporters on Monday that he would need to speak with his Turkish defence counterparts in order to determine the gravity of recent remarks in Turkey regarding the possible closure of US and NATO bases.

“I need to talk to my defence counterpart to understand what they really mean and how serious they are”, Esper told reporters as per a transcript posted by the Defence Department.

The defence secretary went on to say that he would need to discuss with NATO allies the possibility of Turkey shutting down the Kurelik radar system, which is owned and operated by the alliance. At the same time, Esper refused to answer questions about nuclear weapons at the US airbase Incirlik.

Esper acknowledged Turkey’s right to host and to refuse strategic foreign military presence in the country.

“This is something that the alliance would have to discuss if the Turks are serious about this. I mean, they’re a sovereign nation to begin with so, you know, they have that inherent right to house or to not house NATO bases or foreign troops”, Esper said while on the trip back from a visit to Europe.

The tensions escalated last week when Turkish President Recep Tayyip Erdogan said that US and NATO bases on Turkish territory may be shut down in retaliation to Washington’s threat to impose sanctions and Congress’ recent recognition of the Armenian genocide.

The US has threatened to impose a variety of sanctions on Turkey under the Countering America’s Adversaries Through Sanctions Act, which prohibits third parties from engaging with the Russian military, as Turkey has bought several S-400 missile systems from Russia.

Additionally, both houses of US Congress recently voted to recognise the actions by the Ottoman Empire towards the Armenian minority in the early 20th Century as genocide, a matter that Ankara has denied and argued against at length.