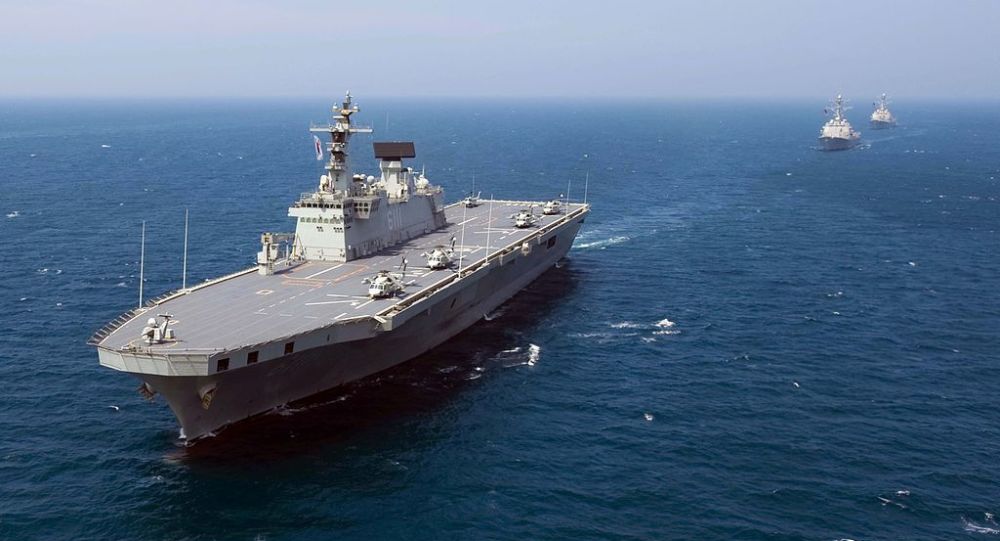 South Korea to Join US-Led Coalition in Strait of Hormuz

South Korea will send a navy dispatch to the Strait of Hormuz early next year where it will join a US-led coalition opposing Iranian influence in the critical oil shipping lanes, Joongang Ilbo reported Wednesday.

Yonhap News Agency has cited government sources as saying that the Cheonghae anti-piracy unit, patroling the Indian Ocean off the Horn of Africa as part of the multinational Combined Task Force 151, will be ordered to join the coalition.

The country’s National Security Council decided against deploying a separate unit to join the coalition, but instead to expand the operation of a task force already in the region. According to Korean media, this move would allow Seoul to maintain relations with Tehran while at the same time falling in line with US demands.

The decision was also seen as a way to appease Washington, which has been waging a pressure campaign to force Seoul to pay a significantly higher price for maintaining US military bases in the country; a price tag in the billions of dollars that Seoul is unwilling to pay, according to the newspaper Joongang Ilbo.

The task force of 300 troops operates the destroyer ROKS Kang Gam-chan and a military helicopter, the daily newspaper reported.

The decision was made after months of pressure from the United States and looks to be the country’s largest foreign military deployment since it joined the US in the Iraq War, according to Joongang Ilbo.

The concentration of military forces in the Strait comes amid rising tensions between the US and Iran. A series of attacks on tankers in Gulf waters and a drone attack against oil facilities in Saudi Arabia were blamed on Iran. Tehran has refuted all accusations.

The Strait of Hormuz is a critical chokepoint between the Arabian Peninsula and Iran through which Gulf countries export oil by sea. According to Joongang Ilbo, 70 percent of South Korea’s oil imports pass through the Strait’s shipping lanes.