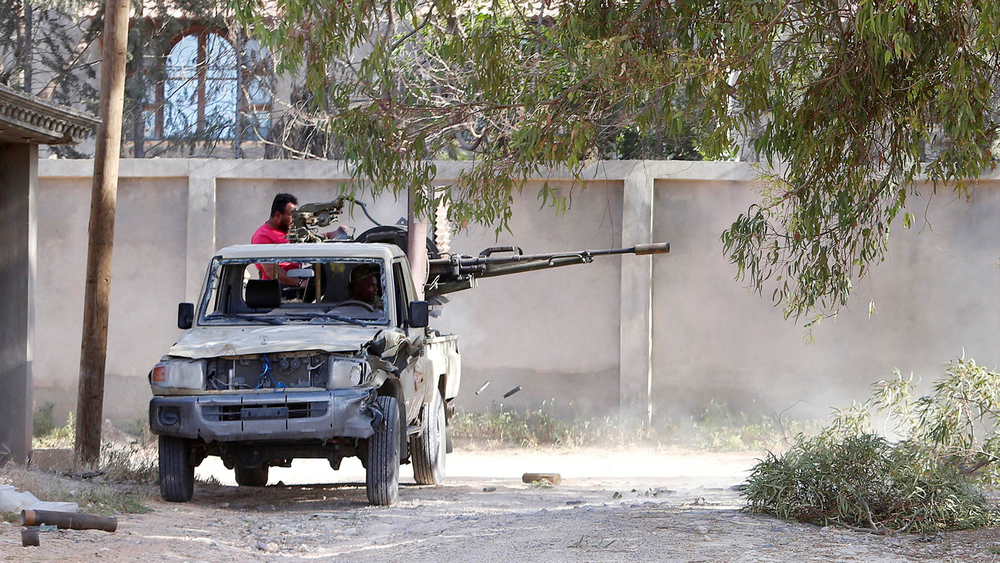 Libyan government forces have shot down a cargo plane operated by rebel forces near the capital, Tripoli.

Sources from both sides said the military plane had been downed near Tripoli on Sunday.

Fighting has in recent days intensified near the capital, which is the seat of Libya’s internationally-recognized government.

Rebel forces under the command of a general named Khalifa Haftar have been fighting in an offensive to take over the capital and unseat the government since April last year. They have remained bogged down on the city’s outskirts.

On March 21, Haftar claimed full adherence to a humanitarian truce that focused on efforts to combat the coronavirus outbreak in the African country, but his forces continued violating the ceasefire and bombing various locations in the capital.

The breach compelled the Libyan government to launch an operation on March 25 to push the rebels back.

Reports said on Friday that government forces had downed Sukhoi-22 warplanes operated by the rebels.

Since 2014, two rival seats of power have emerged in the North African country — the United Nations (UN)-recognized government of Prime Minister Fayez al-Sarraj, and another group based in the eastern city of Tobruk, supported militarily by Haftar’s rebels.