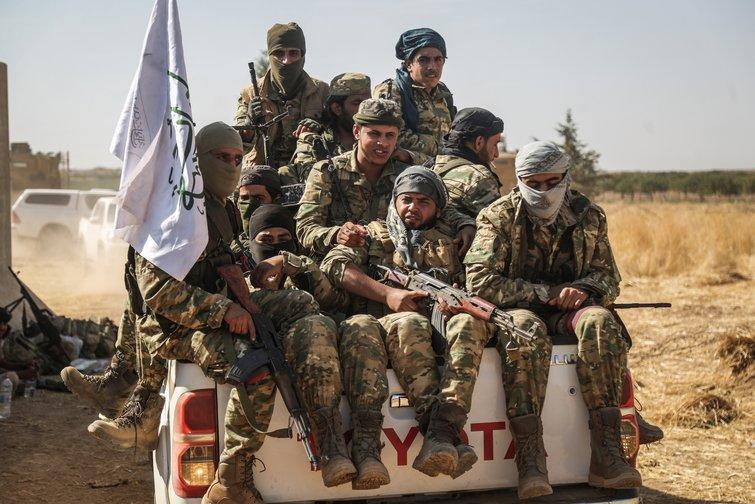 Al-Qaeda-affiliated Hay’at Tahrir al-Sham (HTS), which is ruling over a vast part of Syria’s Greater Idlib, is reportedly going through another internal crisis.

On April 7, Abu Malek al-Tali, one of HTS prominent leader, announced his resignation, claiming that he was being kept away from the group’s ever shifting policies.

“I have decided to leave Hay’at Tahrir al-Sham, due to my ignorance and lack of knowledge on some of the group’s policies and because I’m not convinced by them,” al-Tali said in an official statement, in which he also praised HTS and its leadership.

A source with knowledge of HTS’ internal affairs told Enab Baladi, a pro-opposition outlet, that al-Tali resigned as a result of disagreements with Mazhar Always and other people close to the group’s general leader, Abu Mohamad al-Julani. The disagreements were mainly on the group’s judicial system.

According to the source, Al-Tali was also upset because al-Julani was not asking for his advice and opinion on critical matters any more.

Al-Tali, whose real name is Jamal Hassan Zayniyah, is from the town of Tell Fin near the Syrian capital, Damascus. He was the top commander of HTS in the region of Qalamun between 2012 and 2017. He is also considered one of HTS’s “hawks.”

Last year, several sources reported that al-Tali was planning to resign from HTS following the footsteps of another “hawk,” Egyptian Abu al-Yaqzan al-Masri. However, he denied that back then.

Al-Tali was not the only “official” to resign from HTS on April 7. Bassam Suhyuni, head of the General Shura Council affiliated with the terrorist group, also announced his resignation, saying that he will clarify the reasons later. Suhyuni was reportedly managing “foreign relations” for al-Julani.

The recent resignations indicate that the struggle over power within HTS is escalating. While, this struggle could mark the group’s end eventually, this remains highly unlikely in the foreseeable future.