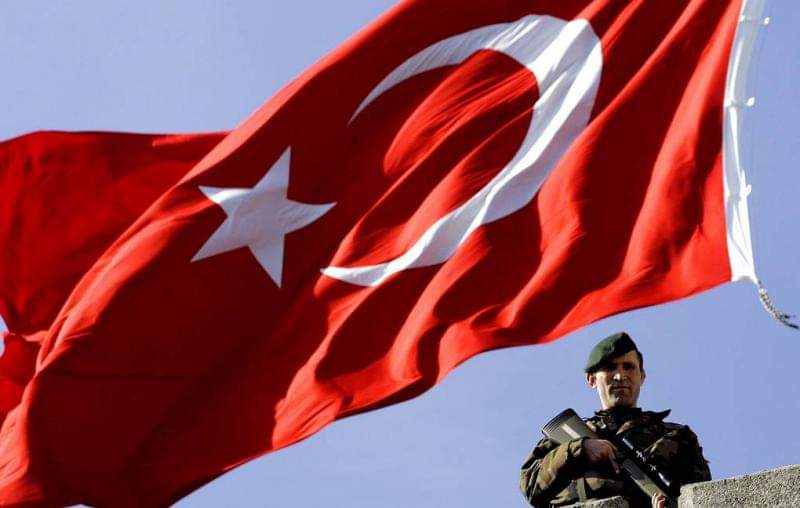 Erdogan Says Turkey “Will Not Accept Harassment In Syria ”

Terrorist groups are trying to exploit Turkey’s preoccupation with the coronavirus pandemic to step up attacks both within Turkey’s borders and beyond, Recep Tayyip Erdogan said in a televised address following a Cabinet meeting in Istanbul.

“This attitude alone is enough to show how far the terrorist group is from humanity,” he said.

He further added that the Turkish Armed Forces “are pursuing and neutralizing terrorists non-stop,” both their operations with and outside of the borders continue without stop.

“We closely monitor every step of members of the terrorist group operating in a wide area in northern Iraq and Syria.”

He further said that “countries that have influence” essentially refusing to simply name Russia have an obligation to assist it in implementing agreements.

“We invite countries that have influence in the region to comply with our permanent agreements, to keep the terrorist group outside the determined borders, and to prevent regime attacks,” Erdogan added.

Erdogan stressed that unfortunately no country is “fully fulfilling its promise” in this regard.

He entirely refuses to admit that the militants in the Idlib de-escalation zone continuously carry out attacks on the Syrian Arab Army and their Russian support.

As such, he simply entirely shifts the blame on President Bashar al-Assad’s government and forces, for responding to the continuous ceasefire breaches by the Turkish-backed groups in the area, as well as from those which Turkey allegedly doesn’t support.

But they regardless, somehow, use the equipment Turkey deploys, since in the middle of fighting, there’s no way to separate who’s a terrorist and who’s not – everybody simply wants to fight against the “bloody regime.”

As such, in Erdogan’s view, “harassment” and “ceasefire violations” are very loose terms that are only applicable to one side in the situation, and the rhetoric seems to be shifting back to the situation before the Turkish-Russian patrols in Idlib. As in, Turkey’s not fulfilling any of its agreements, while it simply disregards that fact and claims that the other parties are also not fulfilling their parts, but also not doing anything to cover for Ankara’s slack.