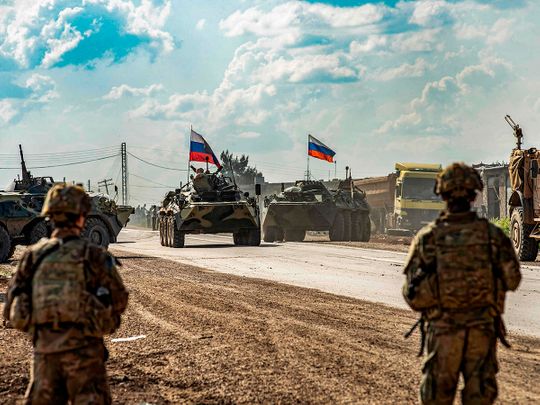 A heavily-armed Russian military convoy made its way to the Al-Hasakah Governorate on Thursday after leaving a base in the neighboring governorate of Al-Raqqa.

According to a field report, a Russian military convoy consisting of several armored vehicles made its way to the Al-Qamishli Airport in northern Al-Hasakah after traveling along the vast M-4 Highway (Aleppo-Hasakah Highway

The Russian convoy not only consisted of armored vehicles, but also several military personnel who will join up with the forces already deployed around the around the airport and city.

This move by the Russian military comes just days after they blocked a U.S. Army column from accessing a road east of Qamishli city

While no one was harmed during the Russian military’s roadway obstruction, the incident was a brief reminder about the power struggle between Washington and Moscow in this region of Syria.