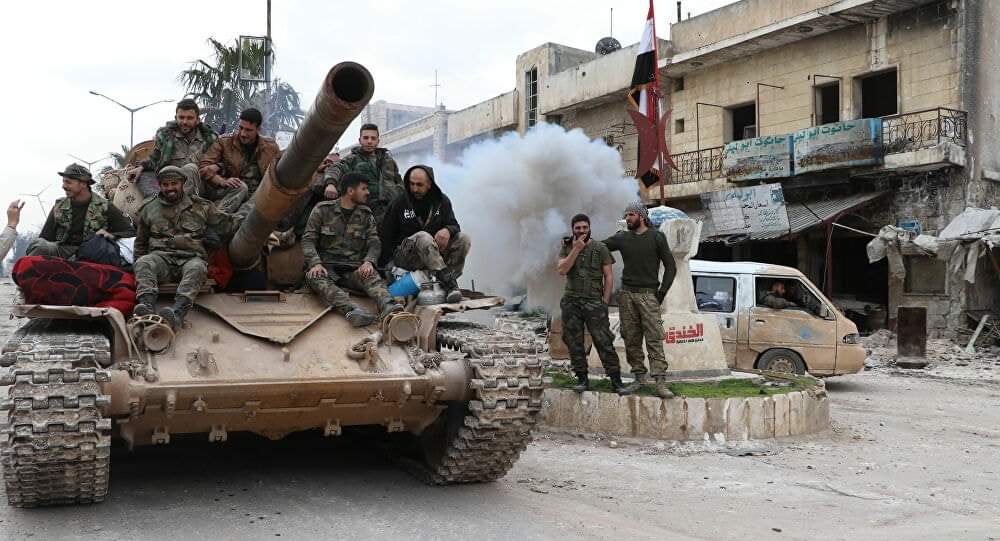 Syrian Arab Army (SAA) captured at least two militants near the city of Saraqib in the southeastern Idlib countryside.

Opposition sources said the militants, both are field commanders in the Turkish-backed Ahrar Army, fell in an ambush set by the SAA after getting lost on a road leading to Saraqib. The army targeted the militants’ van with machine guns and managed to capture them alive.

The captured commanders were identified by activists as Safuan Kulish and Hassan al-Shamat, both from the town of Salqin. The two commanders were reportedly on their way to a military position in the southern Idlib countryside.

According to Zaman al-Wsl, a pro-opposition outlet, a third militant, known only by his nom de guerre “Abu Mohamad,” was also captured by the army.

Turkish forces were blamed for the incident because they opened several roads leading to Saraqib city a few days ago. The roads were opened to facilitate a joint patrol with Russian forces on the Lattakia-Aleppo highway, that’s known as the M4.

The militants could launch an attack on SAA troops in Greater Idlib in response to the incident. Any such attack could escalate the tension in the region.