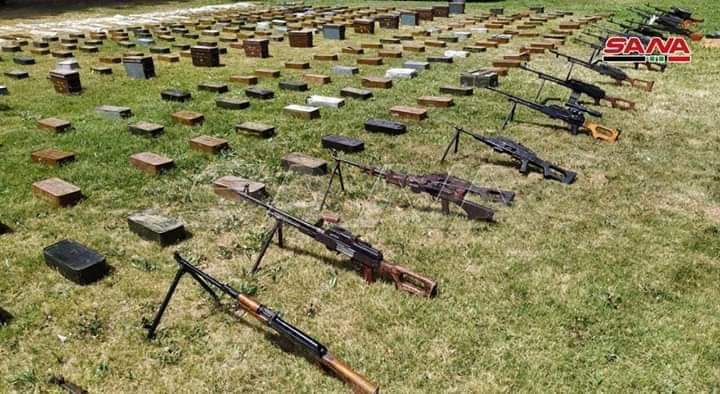 The source added that it is common for the Syrian army to confiscate large amounts of Israeli and US weapons left behind by foreign-sponsored Takfiri groups as government troops are discovering dozens of tunnels, underground weapons depots, in addition to command and control headquarters once used to attack Syrian army positions and residential neighborhoods.

Syria has been gripped by foreign-backed militancy since March 2011. The Syrian government says the Israeli regime and its Western and regional allies are aiding the Takfiri terrorist groups that are wreaking havoc in the country.

The government forces have already managed to undo militant gains across the country and bring back most of Syrian soil under government control.