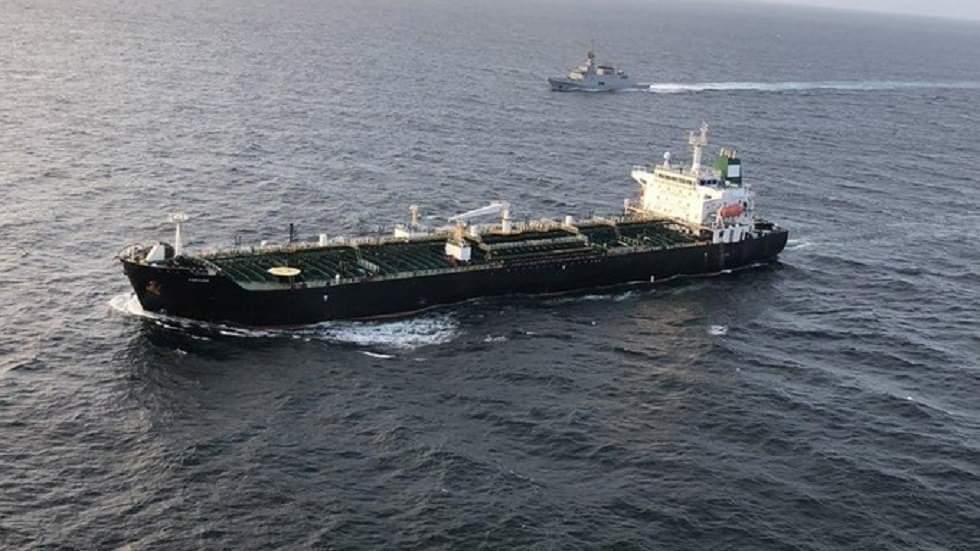 Two of the five Iranian oil vessels have already arrived in Venezuela. The first one, the Fortune, docked at El Palito refinery. The arrival of the tankers in the midst of the blockade and gasoline shortage which have racked the country is geopolitically significant for a number of reasons.

The Iranian oil tanker Fortune docked at dawn on 24 May at El Palito refinery in Venezuela. The vessel’s journey had been followed for three weeks, since it was known that, along with four other tankers, Forest, Petunia, Carnation and Faxon, the ship had departed Iran for the Caribbean.

Much of the country followed the live coverage of the Fortune’s arrival in Venezuelan waters. The National Bolivarian Armed Forces of Venezuela (FANB) had announced they would wait for the vessel in an exclusive economic zone to escort it to its destination.

The Fortune was received at El Palito refinery dock, in the state of Carabobo. Meanwhile, the second awaited news has already appeared regarding the Forest oil tanker’s entry into Venezuelan waters, accompanied by the Navy and four military aircraft, two Su-30MK2 and two F-16 A/B Block 15.

The other three oil tankers are expected to enter Venezuela in the coming days, which is of great geopolitical significance under the energy agreement between two countries blockaded by the United States.

“We have the right to free trade and bilateral cooperation with any government in the world”, Tareck El Aissami, recently appointed Minister of Petroleum, said during the Fortune’s reception of in El Palito.

The Minister said that the ships had brought gasoline, additives and spare parts “to boost our oil refining and production capacity.” According to Tareck El Aissami, the total amount fuel is estimated at almost 1.5 million barrels, while the “energy cooperation relationship” is developing “at times when they have intended to continue suffocating the Venezuelan people, blocking and sanctioning us.”

In 2008, Venezuela sent fuel to Iran, which was also – and still is – under US sanctions, its oil industry in particular. The Minister explained that the goal was to unite “common efforts to meet common development goals that impact both countries.”

“Today not only Iran and Venezuela have won, which managed to make the United States, this giant, respect international rights and conventions, including free navigation and free trade between countries, the entire world has won; the international community can benefit from respecting international norms and conventions”, Hojjatollah Soltani said.

The ships’ departure means breaching US blockade of Venezuela. Despite the fact that, upon hearing the news of the tankers’ departure, the US government had announced a possible response, it eventually announced via the Pentagon that it had no plans to stop them.

Thus the oil tankers have entered the US vital geopolitical area. Since 1979, after the Islamic Revolution, Iran has become one of the US major enemies.

Iran is also one of the countries economically blocked by the Donald Trump government, after the US unilaterally withdrew from JCPOA in 2018, and the President started pursuing the “maximum pressure” policy. The goal has been to suffocate the country through economic blockade, a strategy similar to that used against Venezuela.

The alliance between Venezuela and Iran is part of geopolitical restructuring, since the United States is losing its hegemon status and the world is becoming multipolar. This multipolarity is being promoted by China and Russia, countries that Venezuela has been closely cooperating with

Venezuela became an important actor here after Hugo Chávez. The situation was different then: Russia and China hadn’t yet gained the international influence they currently have, while Latin America was actively integrating as part of Union of South American Nations (UNASUR) and The Community of Latin American and Caribbean States (CELAC).

The current situation on the continent is marked by the decline of that integration, which happened because of the right-wing governments that aimed to undo what had been achieved and return to the order subordinated to US foreign policy.

Venezuela, being under siege, when the region is unable to build a response to stop or break the blockade, has strengthened its ties with Russia, China and Iran, countries that were also economically attacked by the United States.

Currently, Venezuela has two main objectives: to increase oil production, which has been declining in recent years, and to increase gasoline refining capacity, which is currently below what PDVSA’s different refineries have.

The US blockade, which has increased regarding the oil industry since 2017, seeks to impede any recovery process. PDVSA is the backbone of the Venezuelan economy, therefore blocking it in its different areas means affecting the entire national economy.

“We, Venezuelans are ready to fight; and we continue working despite the challenges we are facing”, Jesús Rodríguez, a PDVSA worker with 21 years of experience in the industry, said during the Fortune’s reception at El Palito.

He, like other industry’s employees, points out the damage caused by corruption, particularly under the former PDVSA president, Rafael Ramírez, who headed the company from 2004 to 2013. The last three PDVSA presidents, spanning from 2009 to 2017, were accused of corruption and embezzlement, which is one of the reasons for the PDVSA’s poor performance.

The sanctions seek to cut PDVSA’s financing channels, prevent it from exporting and associating with other companies under threat of being blacklisted by the Department of the Treasury; to prevent the company from importing key supplies and machinery for its refineries and production plants.

After the company broke down, the United States wants to keep the company’s parts, as has happened with CITGO, PDVSA’s subsidiary in the US, which after being embargoed in 2019, could now be liquidated in favour of Canadian Crystallex. In this context, Iranian oil tankers represent a very important symbol of the struggle for Venezuela’s independence