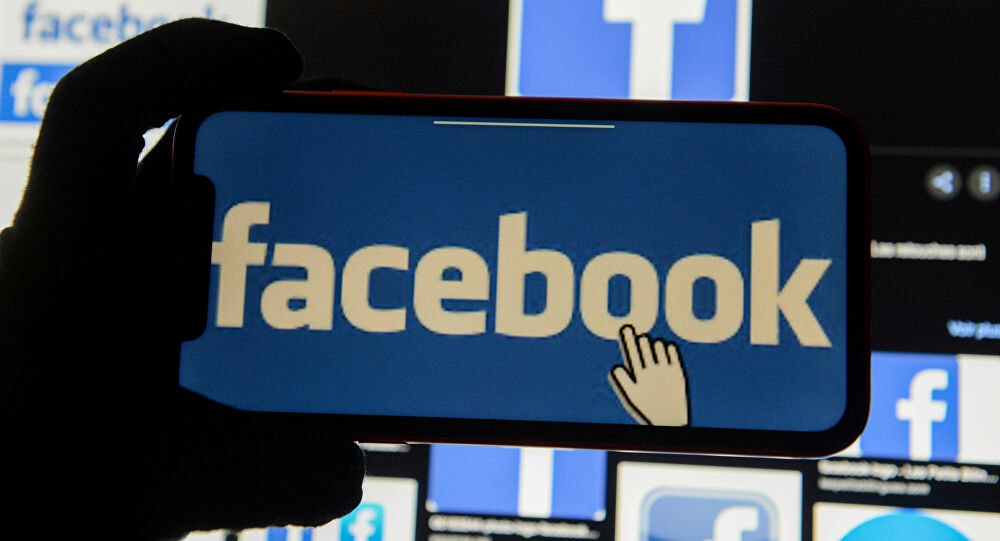 Facebook says it plan to label media outlets which it says are “government-run”. But Facebook said it would not label any US media outlets because it believes they all have editorial independence. Is that true?

He said: “We’re providing greater transparency into these publishers because they combine the influence of a media organization with the strategic backing of a state, and we believe people should know if the news they read is coming from a publication that may be under the influence of a government.”

But why is Facebook chosen to ignore the major US media outlets, most of whom are owned and controlled by corporations and individuals which have their own agendas or political affiliations?

Sputnik takes a look at the big media corporations and who they have been linked with politically or economically.

On its website CNN proudly boasts: “We are truth-seekers and storytellers. We are journalists, designers and technologists, united by a mission to inform, engage and empower the world.”

CNN was founded by Atlanta-based businessman Ted Turner, who in October 2016 gave Hillary Clinton a ringing endorsement only weeks before the presidential election.

Turner wrote: “Hillary is clearly the finest example of a leader. First Lady Michelle Obama could not have said it any better: ‘Hillary Clinton is the most qualified individual to run this country.’ Electing Hillary Clinton as the 45th President of the United States is the smart thing to do, not only for citizens today, but for generations to come.”

Donald Trump had opposed the merger saying the media “power structure” had been working to suppress the voice of his supporters.

CNN also runs several news programmes around the world in association with local companies, such as CNN Indonesia which is “wholly owned by PT Trans Media, which licenses the CNN brand” and CNN Türk, which has a similar agreement with the Demiroren Group.

PT Trans Media is Chairul Tanjung, a billionaire businessman who was a minister in the Indonesian government in 2014.

The Demiroren Group bought CNN Türk and the best-selling Turkish newspaper, Hurriyet, in 2018. When Reuters reported the deal it said: “Turkey’s Demiroren Holding, an unlisted firm seen as backing President Tayyip Erdogan, has agreed to buy the respected Hurriyet newspaper and broadcaster CNN Turk, an official said, a deal that could further cement media support for the government.”

The Washington Post remains famous as the paper whose reporters – Bob Woodward and Carl Bernstein – first broke the Watergate scandal, which brought down US President Richard Nixon in the 1970s.

Jeff Bezos, the founder of Amazon, bought the Washington Post in 2013 for US$250 million from the Graham family, which had run it for decades.

Forbes reported in June 2016 that Donald Trump – then the Republican nominee – had accused Bezos of using the Washington Post to get tax breaks for Amazon and had sent out reporters to dig up dirt on Trump. Bezos denied the allegations.

Since Trump became President he has been involved in a feud with Bezos, which has repeatedly burst out into the open.

The New York Times was historically owned by the Sulzberger family and the company’s chairman today is Arthur O. Sulzberger Jr.

But in 1967 the company was listed on the New York Stock Exchange, although the Sulzberger family retain a majority interest.

In 2015 the Washington Free Beacon claimed the Clinton Family Foundation had donated US$100,000 to the New York Times charitable fund in 2008, the same year the paper endorsed her in the Democratic primary for the Senate seat she eventually won.

In 2016 Forbes reported the New York Times had published an article criticising the power wielded over the media by billionaires but had neglected to mention Mexican tycoon Carlos Slim, who owns a 17 percent share in the New York Times.

Also on the board of the NYT is Aman Bhutani, the CEO of the giant web hosting company GoDaddy, John W. Rogers – who also sits on the board of McDonald’s and Nike – and Mark Thompson, a former BBC director general.

Rupert Murdoch set up Fox News in 1996 and hired Roger Ailes – a former speechwriter and media consultant for Richard Nixon – to be the CEO.

​Under Ailes the network grew exponentially, based on glossy and sensational news coverage and a patriotic appeal to conservatives and Republicans who felt let down by a perceived liberal bias at CNN, NBC and CBS.

Gabriel Sherman in his book, The Loudest Voice In The Room – which was later made into an award-winning drama starring Russell Crowe as Ailes – wrote that Ailes deliberately skewed the channel’s news agenda and picked only conservative pundits for its panel shows.

Ailes is also crediting with helping Donald Trump get nominated and then elected, following heavy backing by Fox News.

But Ailes was later exposed for sexually harassing and abusing women, including presenter Gretchen Carlson. He died in 2017 before any charged could be brought.

Ailes was succeeded by Suzanne Scott, who has fallen out big time with Trump who has lambasted the network and has taken every opportunity to try and steer his supporters towards their new challenger, the One America News Network (OANN).

In 1995 ABC News’ parent company was bought by the Walt Disney Corporation for US$19 billion.

According to the website Open Secrets, Disney donated almost US$3 million to the Democrat politicians in 2020 and around US$1 million to Republicans, compared to 2002 when it donated around US$700,000 to both parties.

Michael Eisner – who bought ABC News and its stable mates – was replaced as Disney’s CEO by Bob Iger who handed over, in February this year to Bob Chapek.

The financial news corporation is owned by its eponymous founder, Michael Bloomberg, who himself ran for the White House earlier this year.

Bloomberg, who is now 78, was a registered Democrat until 2001 when he switched to the Republican Party and was elected Mayor of New York, replacing Rudy Giuliani.

He dropped the Republican affiliation in 2007 and was re-elected as an independent two years later.

Last year he rejoined the Democratic Party and threw his hat into the ring for the party’s nomination, funded by his own huge personal wealth.

After it became clear he would be unable to beat Joe Biden for the nomination, Bloomberg donated US$18 million to the Democrat National Committee.