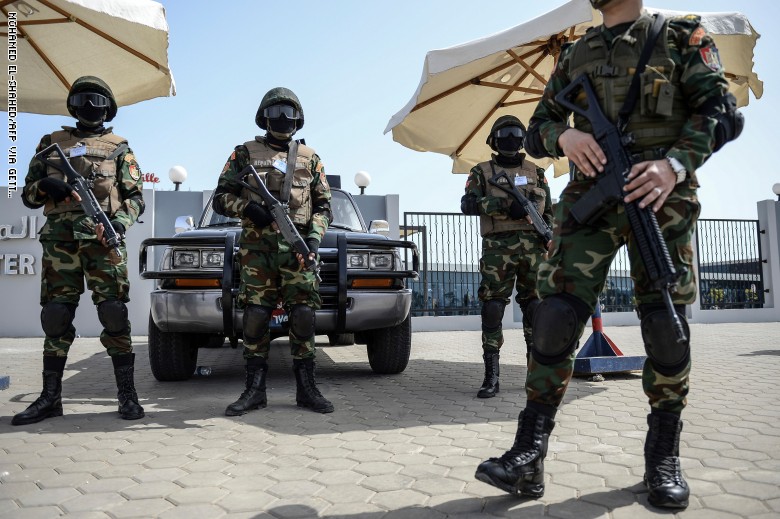 The Egyptian Armed Forces announced that the Chief-of-Staff of the Armed Forces, Mohamed Farid, met a number of commanders, officers, non-commissioned officers, and soldiers in the western military region near the Libyan border.

Lt. Gen. Mohamed Farid, Chief-of-Staff of the Armed Forces, conveyed a message to the forces from Egyptian President Abdel Fattah El-Sisi and Minister of Defense, Lieutenant General Mohamed Zaki, to the men of the Western Military Region.

The Chief-of-Staff of the Armed Forces has praised the protectors of the western border and their efforts in carrying out their tasks assigned to them, to confront criminal elements, smuggling gangs and infiltrators, and to secure and protect the homeland and its territorial integrity.

He stressed that the Egyptian Armed Forces are at the highest levels of readiness and combat readiness to face all risks and challenges, and to preserve its sanctities and secure its borders in all strategic directions, in conjunction with providing all means of support to assist the state agencies to confront the dangers of the Corona virus.

Farid conducted a dialogue with the leaders, officers, non-commissioned officers, military industry, and soldiers of the Western Military Region, in which he listened to their inquiries regarding the various challenges facing the Egyptian state at the present time.

He pointed out that the Egyptian forces are increasing its strength day-by-day in light of the possessions of the latest weapons, land, sea and air equipment, in addition to the high fighting and morale spirit and formations and formations that have accomplished all the tasks assigned to it.